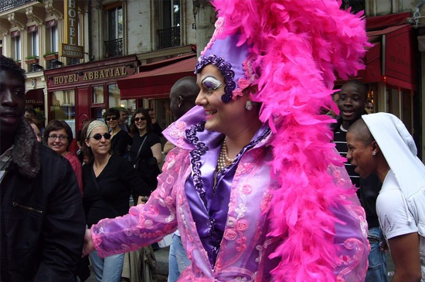 The nature of truth was my topic at a recently held apologetics conference in Phoenix, Arizona. A friend of mine presented how Christians could have loving and respectful conversations with those in the LGBT community, while exemplifying grace without compromising truth. Each night ended with all the speakers (four of us total) sharing the stage for open Q&A.

The following two-part question was posed on the second night of the conference:

1) Do you believe in demonic possession?
2) Aren’t homosexuals demonically possessed?

Let me take both of these questions in order and also say something about the nature of sin since that comes into play here. Portions of what follow herein are the off-the cuff answers I gave at the Q&A, as well as some deeper reflections that I have engaged with since then.

Do you believe in demonic possession?

To begin, let me be clear about what will and will not be addressed here. I will be talking specifically about demon possession; but not so much about demonic influence or demonization. Moreover, I will not be discussing activities that make one susceptible to demonic possession. It is not because those topics are not important; but rather, because they do not specifically touch on the question asked during the Q&A. Perhaps a future article would touch on those other ideas. Furthermore, though the word “possession” is not used in the Scriptures, but rather “demonization” is; and for clarity sake, I will make distinctions between possession and influence (or demonization).

What are the differences between demonic influence and possession? Influence covers a broad spectrum of phenomena and can encompass anything from temptation and deception to mental and physical ailments – which could include embodiment while leaving the individual’s volition intact. However, the most important difference between influence and possession is the state of the individual’s mind and their ability to choose freely. Influence describes the condition where an individual remains in control of their decision-making faculties, and are thus culpable for their actions.

Possession is something altogether different. According to Unger, possession is “an actual state of inhabitation and control by one or more demons” (93). This means that someone’s body is under demonic (e.g. evil spirit) control and doing things that might be against the persons will. In other words, the individual has no control over their actions; their volition is overtaken by the possessing demon. (NOTE: What I am not claiming here is that all persons who act against their will or appear “out of their mind” are demon-possessed. Certainly, there are various forms of mental illness that require specialized medical observation, care, and treatment, like schizophrenia, where I would be hesitant in claiming possession. Granted, I’m not an expert in either the field of demonology or psychology. It is my layman’s intuition to not associate it with possession.)

Moreover, individuals who are possessed are “incapable of separating their own consciousness and mental processes from the influence of the demon, and their own identity and free volition are merged, and to that extent lost, in that of their invaders” (Unger, 95). They experience a loss of “distinct and self-determining individuality, with the power of self-origination in mental and moral actions” (Unger, 95). Their will is overridden and they are incapable of avoiding any action the demon wishes them to perform. These ideas will be revisited later.

Since I take Scripture to be reliable, accurate, and truthful in all that it teaches, I therefore agree with the Scripture that demon possession is possible. Further, demonic activity is still ongoing today (see 1 Tim. 4:1-5; 1 Pet. 5:8; 1 John 4:1-3). My understanding of these passages is that demons are still real and capable of influencing and possessing humans today. For accounts of demon possession and a deeper discussion on this topic, I’d refer you to both a newer work: Craig Keener’s Miracles (2011), Appendix B, and an older work: Merrill F. Unger’s Biblical Demonology (1952).

Before tackling the second question let me take a short detour and discuss the idea of sin from a biblical perspective.

What is sin? Sin is falling short of God’s morally perfect standards. If a moral directive is a bulls-eye, then a sin is anything that misses hitting the target fully in the bulls-eye, whether it misses by an inch or a mile. This is why Paul wrote, “for all have sinned and fallen short of the glory of God” (Romans 3:23).

And just so you can feel the force of what is being said here, this is not a one-time attempt at hitting the target. We can sin through every action, inaction, and thought we have. The opportunities to sin are vast and numerous every single day. Anytime we fail to hit the target, we are guilty of sinning. Once we have failed to hit the target we are held responsible because we had the volition (free will) to choose to do a thing or not; to choose to think a certain thing or not; to choose to say a thing or not. It’s easy to see why Paul said, “all have sinned.” It would be impossible to avoid it – and this is why we need Jesus, because throughout his entire life, he never missed the mark once, redeeming us from sin by his death and resurrection.

In Scripture, whether it is the Ten Commandments or other moral directives that are given, man is encouraged to behave or think in a certain way and to avoid behaving and thinking in other ways. The fact that we are told to avoid certain actions and thoughts means they are under our control and within our own power to avoid. Otherwise, what is the point of giving a command if it is impossible to avoid it?

With such a loaded an emotionally charged question, it seems wise to clarify a few things.

Second, Scripture tells us to not engage in sin, regardless of what the sin is, whether it is gossiping, hating, taking innocent life, oppressing the poor and widowed, or sex outside of marriage between a man and a woman, and many other things.

What if the question posed was rephrased like this: “are homosexuals necessarily demonically possessed?” Well, if they are, given Unger’s description of the nature of demonic possession, then we could not rightly call homosexual activity (engaging in sexual activity between persons of the same gender) sin because those involved would have no control over their actions. Might they be demonically influenced? That seems more plausible. Might God also have turned them over to be ruled by their passions and desires? That seems most certain (Romans 1:24-32). But returning to the idea of possession and one’s lack of culpability, it would be helpful to review Scripture where it mentions possession by a demon (or unclean or evil spirit):

What is interesting to me regarding these passages is that, first, in no case was the person ever said to be “doing evil” or “committing sin.” However, this does not mean that harm has not been done. While Scripture mentions specific harm to the individual, it could also impact loved ones, family members, and those in the surrounding community. Second, after Jesus exorcised the demons, in no instance did he ever tell the person to “go and sin no more” like he did with the woman caught in adultery in John 8. This would make sense because they were not acting freely and in such a way that they could be held responsible for their actions.

Moreover, I find it interesting that the person asking this question would ask it only about homosexual activity and not adultery, pre-marital sex, rape, incest, pedophilia, bestiality or the like. If it were to be true of one, ought it not be true of others? This seems like a case of cherry picking. As stated above, the Scripture takes a clear stance against any sexual activity outside the context of marriage, and calls it sin. A sin is something for which individuals are morally culpable, and if they are morally culpable, then it is only because they can freely choose to act or not act on certain desires they have. What demonic possession does is remove choice and in doing so removes moral culpability that to be held responsible for one’s actions requires the ability to choose.

Now on to the question: Aren’t homosexuals demonically possessed? I would find it very difficult to believe that this is the case. While it is certainly possible that a person could be demonically possessed and be forced to commit all sorts of sexually immoral actions against their volition, demonstrating that this is what happens is another matter entirely. The more likely case is that God has given people over to their own depraved desires and allowed them to pursue their untamed passions to their own destruction, thereby keeping their culpability intact.

Is it the case that in every instance of demon possession that the person is necessarily guiltless of committing any sin? I think that would need to be investigated on a case-by-case basis and would take much more time to develop and think through than the space allowed here. Although, I will say that it would be a very difficult task to undertake and ultimately, only God would know for certain. Related to this, one might rightly ask how the individual in question came to be demon-possessed in the first place? Were they engaged in occult activities that opened them up for possession? Had they always been possessed? This topic touches on so many questions, but this post will have to leave them unanswered for the time being.

As a word of caution, we need to hold the idea of possession lightly. Some tend to over-spiritualize our human experience. So while it is true that we are in the midst of a daily, unseen spiritual battle, we ought to be cautious in attributing blame by saying “the devil made me (or them) do it.” Now, if the devil (or one of his accomplices) actually did make me do it, then it is the devil that is guilty on this particular account and not the person the devil possessed (although the person might be held accountable for inviting the devil inside in the first place).

In closing, it is my belief that demonic possessions still take place today, but they are difficult to demonstrate and would most likely require someone who is an expert in the field of demonology to determine. It is also my belief that those who are demonically possessed do not have control over their own minds and actions and therefore, anything done through their body is done against their own volition. Thus, I do not believe that the large majority of those involved in sexual immorality are demonically possessed meaning that their behavior can rightly be called sin. This does not mean that the acts committed while under possession are not evil or sinful in themselves, but the person possessed would not be responsible for those actions, rather that responsibility would fall to whatever entity possessed them. 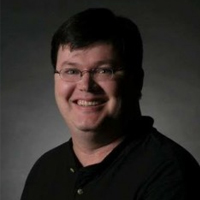 Shawn White is a PhD candidate at Faulkner University. He was a classmate of both Tim Stratton & Timothy Fox while attending Biola University. 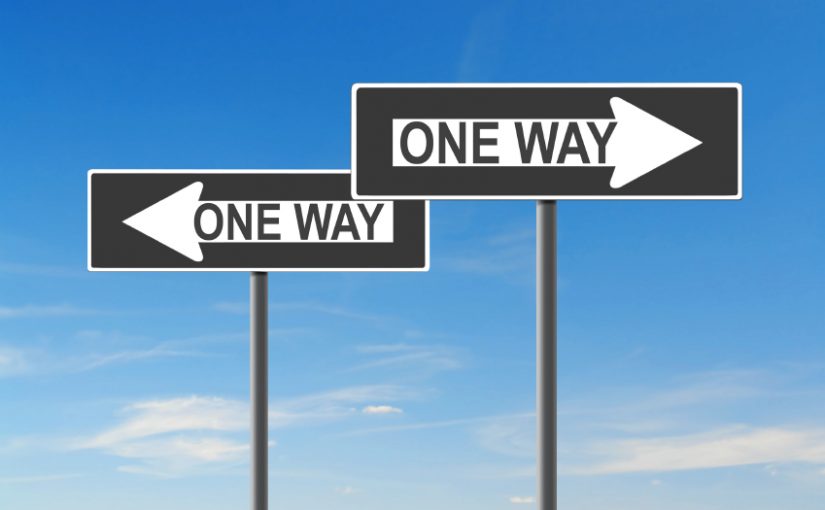