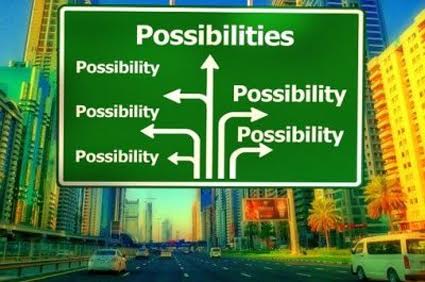 When talking about Molinism and its relation to the other major views of God’s sovereignty, omniscience and human freedom it seems there is much confusion on the issue of true counterfactuals of creaturely freedom (CCF’s from here on). Namely, God’s knowledge of what would be the case if circumstances were different. One of the best, most popular examples is from the movie It’s a Wonderful Life, where George Bailey gets to see what the world would have been like if he had not been born.

The confusion arises not so much from what true counterfactuals are, but rather where each particular view places them in reference to God’s creative decree or if they can accommodate them within their own framework. In this article I will examine the counterfactual issue in reference to the “Big Three.” By the “Big Three” I mean Molinism, Calvinism and Arminianism.[1] In what follows I want to briefly examine the role of counterfactuals on each of those three views and why it matters.

Louis de Molina placed God’s knowledge of true counterfactuals [2] logically prior to God’s creative decree (which follows if God is eternally omniscient), thus giving God complete providential control over the world He actualizes as well as preserving human freedom in a libertarian sense. Human freedom is preserved because God’s knowing these counterfactuals logically prior to the creative decree means their truth value is independent of God’s will. That is to say, God doesn’t determine their truth, as they are true logically prior to His decree. This is an ingenious solution to the issue of God’s omniscience and human freedom. Notice that what is critical for Molina is the placement of God’s knowledge of CCF’s prior to the decree, which again preserves human freedom.

In opposition to Molina’s placing of God’s knowledge of CCF’s prior to the creative decree, Calvinism places them after the decree. This is because nothing on Calvinism is independent of His will, in other words, there is no such thing as freedom in a libertarian sense, only in a compatibilistic sense at best. On this view it is God who determines the truth of counterfactuals with His creative decree. Of course one of the obvious problems that arises is that God determines everything on this view, which annihilates human freedom in a libertarian sense, and hence true responsibility for actions which we are instructed to engage in or refrain from, and yet that we are judged for by God. Another problem is that God only knows what would have been the case posterior to His creative decree. What I mean is that God couldn’t have known prior to His creative act that “If someone acts in this way, then this would happen.”

This would mean that God creates out of necessity because there would only be one possible world available to God, namely the one He creates. Only after that would He then have knowledge of what would have been the case if circumstances were to be different, hence His determining of their truth value on this view. This strips God of the ability to plan a world down to the last detail allowing for human freedom in a libertarian sense and yet still accomplishing His ultimate ends. So Calvinism accommodates this counterfactual knowledge by placing it posterior to the decree and thereby eliminating human freedom in a libertarian sense as well as having God create out of necessity, all the while having God be “surprised” at what would have happened had He acted differently once He has already created, which seems highly problematic and unsatisfactory.

On the Arminian/simple foreknowledge view where are the CCF’s located? Prior to the creative decree? No, because as we have already seen that is Molinism. Are they posterior to the creative decree? No, that is Calvinism. So what happens to God’s foreknowledge of CCF’s? What we discover is that God has no such knowledge on this view! This point really struck most of us when I was in Dr. William Lane Craig’s graduate course for BIOLA on Molinism. We just really had never thought that a view would entail God has no knowledge of CCF’s! Of course it does make sense after one thinks about it because again, if that knowledge is placed prior to God’s decree one is a Molinist, if one places it posterior to the decree one is a Calvinist.

“Why is this problematic” one may ask. The problem arises from true counterfactuals and God having knowledge of them in the Biblical text. For instance, 2 Cor. 2:8 and 1 Sam. 23:6-14. In the text of Corinthians Paul mentions that if the rulers of this age had a certain knowledge they would not have crucified Christ. In the narrative with David and Saul in 1 Samuel God tells David that the men of the city would hand him over to Saul if he stayed in the city, so David left and it didn’t happen. These both seem to be clear instances of counterfactual knowledge yet on Arminianism/simple foreknowledge how could these verses be true given that the model cannot account for those types of truth?

In conclusion I would like to add it seems to me that Scripture is committed to us having a responsibility to God that entails libertarian freedom, rather than compatibilistic freedom.[3] Scripture also confirms that God has not only providential control over the entire creation[4] but that He also knows the future in great detail.[5] Given these truths it seems that a Molinist scheme is not only our best option to get to the truth, but it also the best Scriptural solution as well. 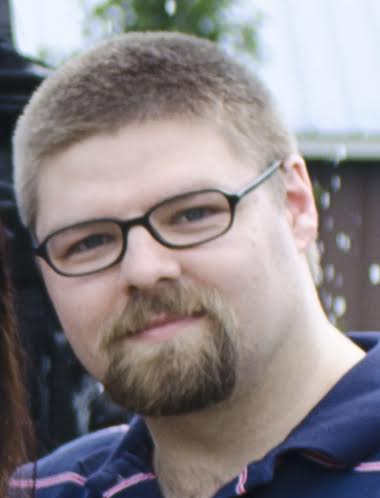 J. Chandler Arnett III (Chan) is aspiring to become a full-time Christian apologist and is currently working toward that goal by starting at the University of New Orleans to finish a BA in Philosophy in the fall semester of 2017. His goals include getting an MA in Philosophy from Talbot School of Theology at BIOLA University and going on to do PhD work on the moral argument for God’s existence, and possibly a second PhD in Molinism if time and resources permit. His long term plans include engaging in public debate, building an online ministry that focuses on apologetics and discipleship (www.faithfulapologetics.org), and engaging in the public arena as a speaker on topics related to the moral argument and the truth of Christianity. Another important aspect of this future ministry work will include speaking in churches and on college campuses to help equip church leaders and members to understand how important and foundational the discipline of apologetics is to Christian living, as well as how to effectively engage in it as a service to others.