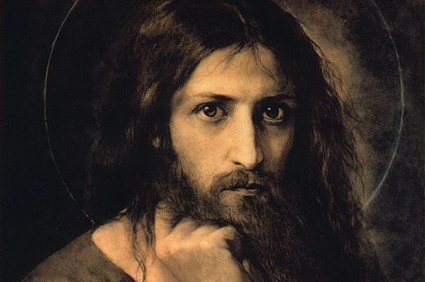 In scripture (Hebrews 4:15) Christ was tempted like us, however He not being born into a sinful nature and lived a perfect life (which is needed in order to be a sacrifice for the unjust). So, was is it really a temptation for Christ? We are tempted with a sinful nature that is prone to give in, Christ was tempted with a pure nature. So is it really temptation if Jesus could not sin?

This is a great question, Beau, and one that I struggled with for years. I finally found a good place to land after viewing the theological terrain through the lens of God’s omniscient middle knowledge.

Consider two possible options. My primary view is that it was logically possible for Jesus to sin. However, God created a world in which He knew that Jesus, in his limited awareness state[1] (Matthew 26:39; Mark 13:32; Luke 2:40; 52), would always freely choose NOT to sin! Thus, although logically possible in a strict sense for Jesus to sin, it was logically impossible for Jesus to sin in a broad sense. This might leave you scratching your head because this gets into deep philosophical issues regarding the difference between logically strict and logically broad meanings (I refer you to Philosophical Foundations for a Christian Worldview by Craig & Moreland, 503).

Now, God can create a world in which creatures do not have free will, and He can force Dawkins and Satan to follow Him like robots, but this is not what God desires. I believe that God desires true love with all of His creatures, and if true love requires free will — and if free will really means free will — then God’s creatures can freely choose to either love and follow Him, or they can freely choose to hate and reject Him. With this in mind, it could be the case that in any world that God chooses to create with Jesus experiencing temptation to sin (just as you and I have), that Jesus always freely chooses to never sin (just as you and I have not). We could refer to this as the “trans-world sinlessness” of Jesus.

If this is the case, then Jesus could have experienced genuine temptation just as much (if not much worse) than you and I experience. It also follows that God could predestine and guarantee the perfect atoning work of Jesus Christ and the cross because He knew how Jesus (in His limited awareness state) would freely choose logically prior (as opposed to chronologically prior) to His creative decree to actualize this world. God knew that *IF* Jesus was not aware of his omniscience and His all-encompassing knowledge that He would still freely choose to always reject sin (even though it was strictly logically possible for Jesus to sin).

God knows this to be the case just as He knows that occasionally you and I freely choose to resist and reject sin (1 Corinthians 10:13). Jesus would have felt the full force of temptation just as we do. I think Molinism & God’s middle knowledge solves this problem.

The second option I keep on the table, and one that my colleague Shannon Eugene Byrd believes is theologically preferable, is as follows:

Christ as a member of the Trinity possesses the attribute of necessary goodness (omnibenevolence). Thus, he could not sin. However, this does not mean that he could not be tempted to sin. One need not be able to do something in order to be tempted by it. — Byrd

Imagine Ted is met by a scientist and given strict instructions: Whatever you do, DO NOT get into the phone booth because if you do you will be transported to the Neolithic period!” Now Ted really loves archaeology and is really tempted to dismiss the scientist’s warning and get into the time-traveling phone booth so he can go to the stone age. But, unbeknownst to him, the scientist is a mental case and has not invented a time-traveling phone booth. Be that as it may, Ted resists the temptation to enter into the phone booth to travel to the Neolithic period. Thus, although Ted felt the force of this temptation, it was impossible for him to travel to the stone age.

These examples demonstrate that it does not need to be logically possible in order to be tempted to do some act. So properly understood, Christ could be tempted to sin, yet, He actually could not sin, because He is God incarnate who is a maximally great being. This would make sense if Jesus — in his human state — was not aware of his maximal greatness or that He was incapable of sinning.

This elicits another question. If Christ was incapable of sinning, does this somehow devalue His resisting those temptations? Recall the articles that Shannon Byrd and I have written dealing with Semi-Compatibilism (here, here, and here). We discussed Frankfurt type examples which demonstrate that one need not be free to do otherwise in order to be responsible, so long as we understand that they are not determined to do so.

With Frankfurt examples in mind, Christ is responsible and can be praised for resisting sin, even though He was incapable of sinning. He still freely chose to resist the temptation. Christ in His human state of humiliation was limited in His awareness of His perfect knowledge resting in His subconscious and may not have been aware of the truth that He was necessarily good and incapable of sin. If that is the case, Jesus could have genuinely been tempted by sin.

If we take take Thomas Morris’s view called “two-minds” and modify it so that Christ has layers of consciousness, then the content of His omniscience could have remained in Christ’s subconscious mind. Thus, the knowledge that He was necessarily good and incapable of sin remained in Christ’s subconscious knowledge and His conscious state was unaware that He could not sin. Like the examples above demonstrated, sin was an epistemic possibility but not a logical possibility.

I have offered two possibly correct answers to your question, Beau. You are free to choose between them.[2]

*A special thanks to Shannon Eugene Byrd for providing key insights into the second view offered above. Not to mention the thought experiments!

[1] By “limited awareness state,” I am not suggesting that Jesus was not omniscient. I believe that Jesus is God and thus always possesses all of God’s omni properties. This means that Jesus was always omniscient. However, I believe that while Jesus always knew all things about all things in His sub-conscious, He was not always aware or cognizant of everything He knew about everything. For more about this topic click here. I preached a sermon dealing with this subject here.

[2] A passing thought on a possible 3rd option: If (that’s a BIG *if*) it was actually possible for Jesus to sin (and thus possible worlds exist where Jesus sins), but the actual world is the only world in which Jesus always freely chooses NOT to sin, then this world would be the only world in which salvation — even for a few — is feasible to create or actualize. Thus, the actual world (even filled with all the evil and seemingly gratuitous suffering) would be the best feasible world God could create.