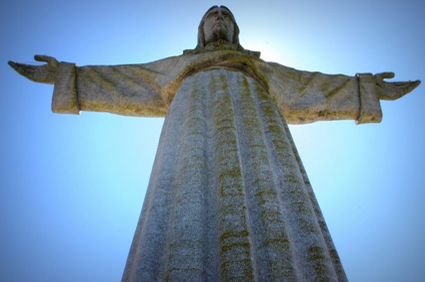 Matt Slick recently debated Jerry Walls regarding the omnibenevolence of God. That is to say, the following question was addressed: Is God really all-loving? I have argued that not only is God all-loving, but that it is actually a sin to doubt God’s love for all people — let alone teach that God does not perfectly love and desire the ultimate best for everyone!

In this debate, Slick accused Walls of misrepresenting his Calvinistic views, which I found quite odd because Slick’s website (carm.org) has an article regarding Molinism which only offers a caricature of the real thing and then attacks this straw man. Slick has been contacted several times by Molinists pointing out the errors he makes on his website. Jonathan Thompson, for instance, has pointed out CARM’s multiple errors here, and Randy Everist has noted problems here. Slick’s article, however, remains standing without edit to this day (3-25-17).

Libertarian free will is the teaching that fallen man is still sufficiently free to be able to equally choose or reject God if only presented with the right information.

For a proper understanding of LFW, please click here.

With Slick’s definition of LFW in mind, consider his objection lodged against Jerry Walls in their debate considering God’s omnibenevolence. Slick argues that Jesus does not desire the best for all people. He brings up Mark 4:10-12 where Jesus tells His disciples that He speaks in parables so that not all who hear will understand:

10 And when he was alone, those around him with the twelve asked him about the parables. 11 And he said to them, “To you has been given the secret of the kingdom of God, but for those outside everything is in parables, 12 so that “‘they may indeed see but not perceive, and may indeed hear but not understand, lest they should turn and be forgiven.’”

Slick argues that “lest they should turn and be forgiven,” means that Jesus does not really love and desire the best for some individuals and thus, does not want them forgiven, saved, or in heaven. Slick implies that Jesus does not really “so love the world” because He desires some to not properly understand the gospel so that they will burn in hell for all eternity. After all, if Jesus did not speak in parables, then these Pharisees might have — or would have — become disciples of Christ against God’s will.

This passage is an odd objection to raise against Molinism for three reasons:

First, it includes both an implied counter-factual and is consistent with the idea of human libertarian free will. Indeed, if Slick’s interpretation of this verse is correct, then humans have the ability to understand and freely choose to follow Jesus — even if Jesus did not want them to be His disciples. Talk about libertarian freedom!

Third, Slick’s appeal to this Bible verse arguing against the omnibenevolence of God is actually inadvertent affirmation of his definition of libertarian free will (which he opposes). After all, Jesus seemingly is speaking in parables so the Pharisees would not understand the gospel clearly, lest they choose to follow Christ. Slick defines LFW as being “able to equally choose or reject God if only presented with the right information.” According to how Slick interprets this passage, it seems that his own interpretation provides biblical evidence for his definition of LFW.

So, according to Slick’s interpretation of Mark 4, if an unregenerate person gets access to clear and accurate information, then they possess the ability to become Christians!

What did Jesus mean?

So what does Jesus mean here in Mark 4? Are we really to think that He does not desire some to be saved when 1 Timothy 2:4 clearly states that God desires all people to be saved and 2 Peter 3:9 reiterates this fact by declaring that God does not want “any to perish, but all to come to repentance”?

This would be not only an unbiblical view, but it is simply absurd considering the maximal greatness of God. So, how do we make sense of the words of Jesus in this passage?

God created this universe and entered into it to save humanity. The atoning death of Christ was both necessary and sufficient to make salvation possible for all mankind. Thus, the Cross was necessary (I explain why the atonement was necessary here). Since the Cross was necessary to accomplish His goal, if God were not going to violate human freedom and responsibility — as to not violate love —  then, perhaps Jesus did not want certain people to comprehend His teachings at that time, but that does not imply that He NEVER wanted them to comprehend the gospel.

God would know that if Jesus did not speak in parables and was more clear to Pharisee Jones, then Pharisee Jones would become a Christ follower and share the truth of who Jesus actually was — the Son of God — with the rest of the Pharisees. This would lead to the Pharisees never bringing Jesus to Pilate which would eventually lead to His atoning death on the cross! Thus, if this would have occurred, then His plan to save humanity would have failed. Paul makes this clear by offering a counterfactual truth in 1 Corinthians 2:8:

None of the rulers of this age understood this, for if they had, they would not have crucified the Lord of glory.

Now this is not to say that Pharisee Jones could not have ever freely chosen to follow Christ. Perhaps he did make that choice as we know that some Pharisees did become Christ followers after the resurrection (namely Paul). Consider the Roman soldier who helped execute Jesus. He seemed to realize who Jesus was as soon as Jesus finally died on the cross and exclaimed, “Surely he was the Son of God!” (Matthew 27:54; Mark 15:39)

With God’s maximal greatness and eternal omniscience in mind, we can see that the words of Jesus make perfect sense in light of His atoning death on the cross and His following resurrection. That is to say, Jesus was ensuring His atoning sacrifice — that would be available for ALL people — not an unconditional election of the eternal damned!

Matt Slick is a good guy who does great work in apologetics. He is my brother in Christ and I would gladly do ministry by his side. I do recommend his CARM website for most things — just not when he veers into Calvinism and Molinism.

Jonathan Thompson has additional thoughts regarding Mark 4 that he will be publishing soon. Stay tuned!