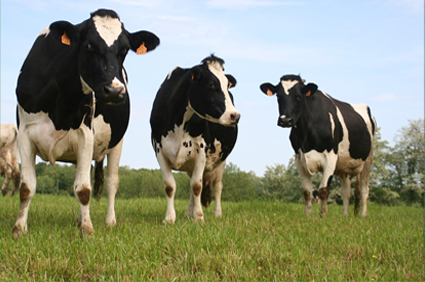 I live in a small college town in the middle of what many people refer to as, “fly-over country.” I’m glad they feel that way because I love Kearney, Nebraska and I don’t want it influenced by many of those flying over us. Kearney is a secret paradise; it is relatively safe, it has everything you need, and most of the things you want.

With that said, however, there is one thing that most Kearney citizens want that we might not be allowed to have: great tasting chicken! To be clear, the powers that be, at my alma mater, the University of Nebraska – Kearney (UNK) have been accused of squashing the wishes of the student body to bring the fast food restaurant, Chick-Fil-A, into the student union.

Apparently, a student vote occurred in which UNK students overwhelmingly voted to bring in Chick-Fil-A over several other options. The term “landslide” has been used! However, the wishes of the majority might not be recognized because a small minority of people complained (in not so many words) that Dan Cathy, the CEO of the fast-food chain, personally holds to a biblical worldview, and that includes the biblical model of marriage according to the law of Christ.

According to Jesus, the model of marriage Cathy holds to is found in Mark 10:6-8. It can be summarized: one man and one woman, becoming one flesh, for one lifetime.

After Chick-Fil-A won in a landslide, and this vocal minority complained, a second vote was offered to the students with Chick-Fil-A noticeably absent from the ballot. It is not surprising that many would reach reasonable conclusions (even if they are false) of tyranny.

If these accusations are true, it appears the powers that be at UNK either disagree with Jesus or they are scared to affirm their beliefs. According to reports, the vocal minority at UNK has confused CEO, Dan Cathy’s personal beliefs with Chick-Fil-A’s corporate policies[1], and incorrectly proclaimed that the company itself is intolerant towards those who disagree with Jesus’ “traditional” model of marriage. Therefore, it appears that UNK thought it might be better to play it safe, and be intolerant to those who hold a biblical worldview.

I do not know all of the details and I am sure the facts might be lost in all of this minutia. I am having a hard time believing all of these reports are true, but it is unreasonable to conclude that there is no truth in all of these reports. This is why I am not going to take a hard position on what actually happened in this article; rather, what I will do is discuss the underlying issue.

This issue ultimately boils down to one’s worldview. That is to say, what worldview best explains how humanity ought to live? Consider the atheistic worldview, for example: if atheism is true, there is no objective standard above human opinion (even the majority vote) as to how we ought to live and behave. It is just differing subjective opinions – nothing more. Ultimately, if there is no objective standard of morality, then “might makes right” as some students at UNK are exclaiming they are learning first hand.

Moreover, if the the worldview of naturalism is true (the view of most atheists), then there is no ability to make any real choices, as everything is causally determined via nature and things external to human control. There is no free will on this naturalistic worldview, and if there is no free will, there is no ability to think or behave other than the way nature forces one to think and behave. Ultimately, naturalistic atheism is a morally bankrupt view which cannot logically explain objective moral values, objective moral obligations, or an ability to act otherwise.

It logically follows that if atheism is true, then there is nothing objectively wrong with being intolerant or hateful towards homosexuals (that would be objectively wrong if Christianity is true)! In fact, on naturalism, disagreeing with gay marriage (what some intolerantly refer to as “homophobia”) is unavoidable. Therefore, on this view, those who do hold to a biblical model of marriage are not responsible for their actions or their beliefs — no one is.

Now consider the worldview of theism: if God exists and created humanity on purpose and for a specific purpose, then there is transcendent objective meaning, value, and purpose to our lives, even if a human has a different subjective opinion and disagrees. They are free to disagree, but still wrong.

So, if God and objective morality do exist, how would we know how God wants us to live? Here is an argument demonstrating how we can possess justified beliefs regarding certain moral issues like the one in question (read more here):

This is a highly emotional topic, but I hope to take emotion out of the conversation right now and simply speak logically. Am I being intolerant for reaching a logical conclusion? My logic-based conclusion is no more “intolerant” than a historian concluding that Caesar crossed the Rubicon, or a mathematician concluding that 2+2 = 4, or Einstein concluding that E = mc 2. I am simply being rational and clearly expressing reasons as to why I agree with the personal beliefs held by the CEO of Chick-Fil-A. If this is condemned, the Freedom From Religion folks should change their name to “Freedom From Reason,” or better yet, “Freedom From Reality.”

I simply ask for a little bit of tolerance from those who demand tolerance. A professor at UNK recently pointed out that when Starbucks came to the Student Union, there was no uproar, no outcry from students or from the administration. That would be the same Starbucks that is known to hold the exact opposite view from Chick-Fil-A’s CEO. In fact, Starbucks holds to a corporate value that is openly anti-Christian, it’s not just the CEO of the company’s personal beliefs. The Christians at UNK did not protest at all. In fact, some of the best theological conversations I have ever had have been over a good cup of Starbucks coffee!

Dan Cathy seems to exhibit the epitome of tolerance. He personally believes that homosexual marriage is sinful; however, it appears that he shows love and respect to those disagreeing with him. This is portrayed by his company’s policies. This is an example of tolerance that we should all learn from and follow.

I hope the powers that be at UNK[2] will think logically and choose to be reasonable.[3] In the meantime, I encourage you, as the Apostle Paul did, to “let your reasonableness be known to everyone” (Philippians 4:5 ESV). Given all the data, it is certainly reasonable to hold to a biblical model of marriage and to follow all the teachings of Jesus. . . and enjoy Chick-Fil-A sandwiches on occasion.

[1] An official statement from Chick-Fil-A: “The Chick-fil-A culture and service tradition in our restaurants is to treat every person with honor, dignity and respect –regardless of their belief, race, creed, sexual orientation or gender. . . Going forward, our intent is to leave the policy debate over same-sex marriage to the government and political arena. Our mission is simple: to serve great food, provide genuine hospitality and have a positive influence on all who come in contact with Chick-fil-A.”

[2] I must make it clear that I have close friends who are professors at UNK. This includes (but is not limited to) strong Christian professors in the philosophy and science departments. Although UNK might not be allowed to have a Chick-Fil-A, there are several professors on campus who exhibit a reasonable faith in Christianity. It is a great place to get an education and I highly recommend it.

[3] I am not a journalist. I am simply responding to the information that has been sent my way. If there are any inaccurate details regarding UNK and Chick-Fil-A in this article, the main point — values and tolerance — remains the same.