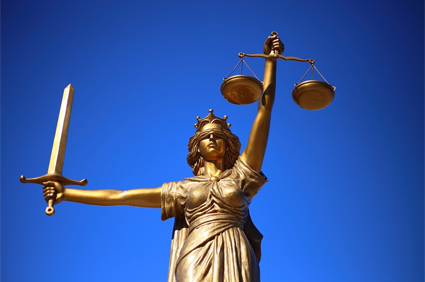 Capital Punishment is a very controversial topic and navigating this tricky subject can be difficult. Because of this difficulty we must be humble when speaking on this subject. As I am studying ethics I have quickly come to find that there are very few simple and straightforward answers to many of the ethical problems we face and capital punishment (Hereafter CP) is no exception. This means that we must have grace when speaking about these things and acknowledge where we may be wrong. With that being said, in this article I will quickly introduce you to the three main positions in the CP debate using a video of interviews with two members of the same denomination and some helpful definitions from Scott B. Rae’s book “Moral Choices,” through doing this I will make the case for what is called the procedural abolitionist view and demonstrate how Molinism can be used to answer one of the more serious objections against CP.

In this clip from PBS “Capital Punishment: Retribution or Justice?” several of the positions we will be looking at are lain out, as well as the arguments for these positions with respect to the case of Timothy Mcveigh.[1]

In the ninth chapter of his book “Moral Choices: An Introduction to Ethics”[2] Scott B. Rae identifies three main groups when it comes to the topic of CP. They are the Abolitionists, the Retentionists, and the Procedural Abolitionists.

Retentionists (Hereafter R’s) are those who favor capital punishment.

Procedural abolitionists (Hereafter PA’s) argue that capital punishment is not intrinsically wrong and may be justified in some cases, but that the procedural problems with the administration of the death penalty should give us pause.

With these definitions now in place we can begin the analysis of the video. The first of the two interview participants to speak is reverend Don Alexander, the senior minister at First Christian Church in Oklahoma City, the second is Mary Jones who is a senior minister of the same denomination in Terre Haute, Indiana. Beginning at the 1:08 mark Don Alexander argues: “We as a society cannot honor those lives, cannot reverence them, simply by putting a person away for the rest of their natural lives, because it’s not enough.” This would be an example of the first argument Rae gives for the R’s, that “capital punishment expresses an appropriate demand for justice” (Rae 272).

“The problem with capital punishment is what it says about us. I do believe Timothy Mcveigh needs to be punished, needs to be held accountable, as a society we need to judge him, as Christians we judge him, and yet I don’t think taking his life is the way to do that…”

This would be an example of the first argument that Rae gives for the A’s, that “the death penalty undermines human dignity” (Rae 277). Then at the 3:42 mark Don brings up the old testament ethic of Lex Talionis (an eye for an eye), and in answer Mary brings up Jesus’ ethic of forgiveness. Rae in his book points out:

“The problem with bringing Jesus’ ethic of forgiveness to bear on the issue of the death penalty is the way abolitionists confuse personal and social ethics. The New Testament teaching on revenge and forgiveness are part of a personal ethic… But that ethic cannot be applied to the state. The responsibility of the state is to punish and deter criminals, not to forgive them.” (Rae 273).

Lastly at the 4:27 mark the narrator of the report highlights some of the problems that PA’s have with CP, namely problems in the administration of CP such as race, poverty, and the quality of legal representation. Don Alexander says of these concerns:

“We have to recognize how awful that is, but it seems to me that it’s an irreversible miscarriage of justice when a person continues to live after heinously and in a premeditated way having taken a life or multiple lives…”

With this information we can see that Don Alexander could be a PA or a R, his statement is vague, but he seems to acknowledge that there are problems with the administration of CP, but that it still may be justified. Mary Jones is clearly an A.

I personally advocate for a PA position, I do believe that the death penalty can be justified in certain situations[3] but that we must be very cautious when doing so. The main reason for being cautious is the racial prejudice that has been so clearly evidenced that (As Scott Rae points out) the U.S. Supreme court in its third significant decision concerning CP “McClecksy v. Kemp (1987), maintained that racial prejudice in death sentences was undeniable and was biased against African Americans” (Rae 265). This is a serious issue and we need to be more aware of these continued forms of systemic racism. The church being blind to such concerns has led to the rise of the various groups of the consciousness community as Adam Coleman has documented here:

That being said I am not an A because I don’t believe CP is inherently wrong and do believe that some people truly do deserve to be punished, so in that regard I agree with the R’s that CP can be justified. So, one argument the A’s raise that tends to give both R’s and PA’s a problem is what I call the “abolitionist argument from reform.” The argument can be summarized in the following syllogism:

P1. If CP prevents the possibility of someone repenting later in life and becoming a Christian (an infinite good) then Christians should oppose CP

P2. CP prevents the possibility of someone repenting later in life and becoming a Christian (an infinite good)

Now this argument is in modus ponens form so if the premises are true then the conclusion must be true, but are the premises true? Traditionally R’s have argued at this point that death row offers numerous opportunities, and existential motivation for someone to be redeemed, and while sympathetic to this answer I think there is a better one. It seems we have a tough theological question here, and so we should take a bit of advice from Scott Olson (the host of the Free Thinking Podcast) and “sprinkle some Molinism on it.”

I believe using Molinism we can knock out P1, specifically drawing from William Lane Craig’s work on the problem of the fate of the unevangelized (Also see Tim Stratton’s article: What About Those Who Have Never Heard About Jesus?). In Craig’s article “How Can Christ Be the Only Way to God?” Craig argues:

With this information we could argue that P1. of the “abolitionist argument from reform” “If CP prevents the possibility of someone repenting later in life and becoming a Christian (an infinite good) then Christians should oppose CP” is false, if anyone were to die without repenting we can argue that they would not have repented had they been allowed to live until their natural death. That God due to his middle knowledge has so providentially ordered the world that all those who die due to CP, without the free gift of salvation offered by the atoning death of Jesus, would have freely rejected it until their natural deaths.

So in conclusion we have looked at the three major positions when it comes to the CP debate and some of the reasons given by each side for why they hold the positions they do. This is by no means an exhaustive treatment[7] and the conclusions I have drawn I hold tentatively and encourage anyone reading this to do the same. With that said, however, throughout this article I have given a slight edge to either the PA or R views. Further if Molinism is true then the “abolitionist argument from reform” is false, as such Molinism gives the edge to a PA or R position.

Lastly let us all remember to have grace and be humble in our political discussions with others.

The views and opinions expressed in this article are those of the author and do not necessarily reflect the official position of FreeThinking Ministries. 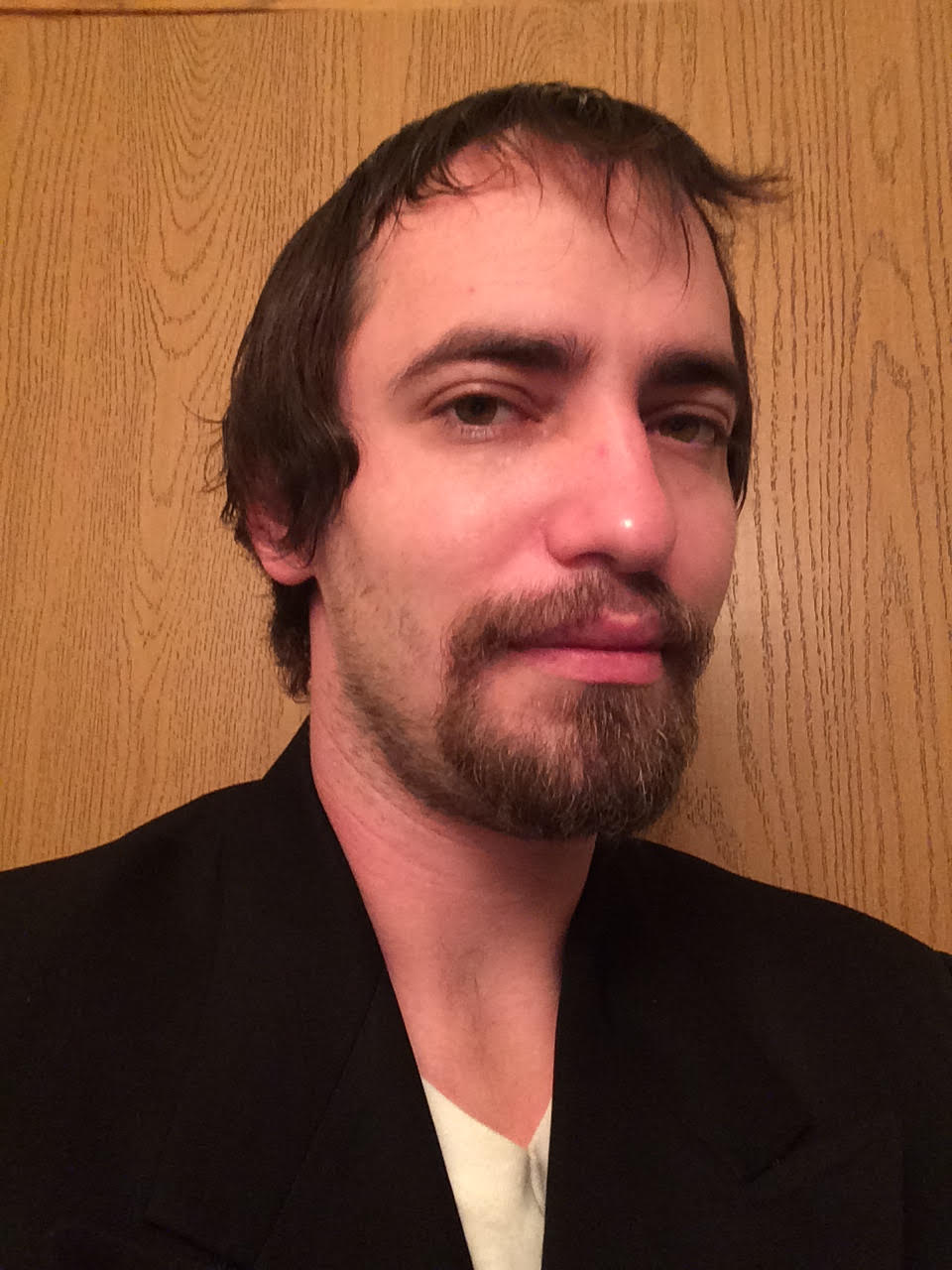 Jacob is an aspiring Apologist and Philosopher from Denver Colorado. In his youth, he made some foolish mistakes and dropped out of high school after receiving his G.E.D. But after coming to faith in Jesus Christ he has had a renewing of the mind. He now is attending Fort Hays State University for his Bachelor's in Philosophy and plans on attending Biola for his Master's In Christian Apologetics once he's finished at FHSU.

Why God Allows All Kinds of Bad Stuff: A 4-Step Response