Can one be both a Calvinist and a Molinist? Many Reformed Christians have deemed this an impossibility, while some prominent Reformed philosophers like Alvin Plantinga and Del Ratzsch profess to be simultaneously Calvinists and Molinists. The answer to the question likely depends on what one means by Molinism. If by Molinism one means agreement with every detail of the theological system delineated in Luis de Molina’s seven-volume Concordia (1588), then the answer is no. In that case, very few professed Molinists are actual Molinists, a verdict I find unreasonable. But if by Molinism one means agreement with Molina’s threefold structure of God’s omniscience and thus with the doctrine of middle knowledge (the second moment of that structure), then the answer is most certainly yes. Embracing Molina’s conception of omniscience found in the fourth volume of the Concordia (the only volume of Molina’s arduous Latin currently translated into English), most professed Molinists have incorporated it into their own theological traditions, whether Calvinist, Arminian, or neither. Such Molinists either do not wish to make use or are unaware of the contents of the other six volumes of the Concordia, which present Molina’s scriptural exegesis, doctrine of predestination, and other doctrines. A helpful nomenclature is to speak of Molina’s complete theological system as “original Molinism” and to speak of appropriations of Molina’s conception of omniscience as versions or “flavors” of Molinism, such as Calvinistic Molinism or Arminian Molinism.

Since a majority of contemporary Molinists are Arminians, it is quite naturally (but wrongfully) assumed by many Reformed Christians that Molina largely believed the same things as Arminius. Exacerbating the situation is the fact that Arminius twice referred to “middle knowledge” in his writings, neither time meaning what Molina intended. There is no evidence that Arminius ever read the Concordia; rather, he only knew that something called “middle knowledge” was being wielded as a weapon against Calvin’s doctrine of predestination by various Jesuit scholastics and then imported his own meaning into the term. But cognizant that the term originated with Molina, the Synod of Dort—the Reformed synod that developed what is popularly known as the Five Points of Calvinism—unfortunately assumed that Arminius accurately represented Molina’s theology in his own system. (Interestingly, contemporary Arminians who, based on book four of the Concordia, make use of middle knowledge understand the concept far better than Arminius himself did.) So when Dort rejected Arminianism in 1618-19, it effectively rejected Molinism with it as a live option for the Reformed community, a situation which has only changed in the last four decades.

At this juncture it would be instructive to briefly survey original Molinism. As we shall see, this system truly is a middle ground between the thought of Calvin and the thought of Arminius. I will then show that, by slightly modifying Molina’s theology, one could be both a Calvinist and a Molinist.

It is sometimes quipped that Calvinism is based on Scripture whereas Molinism is based on philosophy. However, a reading of the Concordia in its entirety reveals that original Molinism is indeed based on Scripture and only uses philosophy as a handmaiden to biblical exegesis when necessary. Molina began by surveying the three categories of sacred texts he felt must be explained by any biblically faithful theology.

The first category contains texts which teach God’s sovereign, individual predestination, including Exodus 33:19, Ezekiel 11:19-20, 36:26-27, Malachi 1:2-3, Romans 8:29-30, Romans 9, Ephesians 1:4-5, 1:11, 2 Timothy 2:20, and 1 Peter 1:1-2. Molina knew and concurred entirely with Calvin’s reading of Romans 9: it taught that, for each individual, God has freely chosen from before the foundation of the world whether that individual would be saved (elect) or damned (reprobate). Contrary to Arminius, Molina denied that Romans 9 could be read corporately, since persons could then compel God to save them by freely joining the “children of the promise.” For Molina, any system of salvation in which God is put in a position where creatures can compel God to save them constitutes a violation of God’s sovereignty. Rather, any creature’s salvation is sheerly the result of God’s free grace toward that creature. Since “the total effect of predestination…depends only on the free will of God” (Concordia 7.23.4/5.1.2), God could have predestined “any of the elect to have truly been reprobate” and any “of the reprobate to have truly been elect” (Concordia 7.23.4/5.1.2.4). Consequently, Molina was a firm believer in unconditional election, holding that God elects purely according to his pleasure without regard to any foreseen faith or good works and reprobates without regard to any foreseen unbelief or sins.

The second category contains texts which teach human free choice (in contemporary philosophical terminology, libertarian human freedom), including Genesis 4:6-7, Deuteronomy 30:11-19, and Ezekiel 18:20-32. In Deuteronomy, the largely unregenerate Israelites were commanded “to love Yahweh your God, to walk in obedience to him, and to keep his commands, decrees, and laws,” and then were explicitly told, “Now what I am commanding you today is not too difficult for you or beyond your reach….it is in your mouth and in your heart so you may obey it….This day I call the heavens and the earth as witnesses against you that I have set before you life and death, blessings and curses. Now choose life, so that you and your children may live” (emphasis added). Molina believed the plain reading of this text affirmed that even the unregenerate have the ability to choose life, i.e., to choose to love God maximally and commit their lives to him. Contrary to Calvin, Molina did not interpret “dead in your transgressions and sins” (Ephesians 2:1) and “heart of stone” (Ezekiel 11:19; 36:26) as synonymous with “no libertarian free will.” Rather, he interpreted them as synonymous with “spiritually separated from God.” But like Calvin, Molina believed that the human mental faculty to do spiritual good on their own power had been eviscerated in the Fall—namely, the doctrine of total depravity. So based on John 12:32, Molina posited that God gives all humans prevenient grace, i.e., a special supernatural empowerment to place saving faith in God, an empowerment which humans may or may not choose to use.

The third category contains texts which teach God’s desire for universal salvation, including Ezekiel 18:23-32, 33:11, John 3:16, 1 Timothy 2:4, 2 Peter 3:9, and Revelation 3:20. For 1 Timothy 2:4 describes God as the one “who wants all people to be saved and to come to a knowledge of the truth,” and 2 Peter 3:9 presents God as “not wanting anyone to perish, but everyone to come to repentance.” Likewise, in Ezekiel 18 and 33 God categorically states that he takes no pleasure in the death of the wicked but wants them to find salvation.

To do this, Molina drew as a template on those longstanding philosophical ideas that were common stock to all theologians of the sixteenth century. Everyone—Luther, Calvin, Arminius, and their colleagues—agreed that the structure of God’s omniscience contained at least two logical moments, one on either side of God’s decree to create the actual world. In the logical moment prior to the divine creative decree, God knows all possibilities, including all necessary truths (e.g., the laws of logic), all the possible individuals and worlds he might create, as well as everything that every possible individual could do in any set of circumstances. God does not determine the content of this knowledge by willing certain possibilities to be true, as this first logical moment precedes any decision of the divine will. Molina dubbed this moment “natural knowledge” because God knows its contents as indispensable to his very nature, such that God could not lack this knowledge and still be God. In the logical moment following the divine creative decree, God fully knows the world he has chosen to create, including his foreknowledge of everything that will happen therein. Molina dubbed this moment “free knowledge” because this knowledge is predicated on God’s free decision of which world to create. Thus God has control over which statements are true and false in free knowledge. By choosing to create another world, God would have brought it about that his free knowledge would be different, as statements that are true in the actual world would be false and statements that are false in the actual world would be true.

Taking adherence to all the Five Points of Calvinism (TULIP) as sufficient for being a Calvinist, we will disclose how a Calvinist can subscribe to the core of Molinism. We have already seen that Molina held to T (total depravity) and U (unconditional election). One can get P (perseverance of the saints) simply by proposing that the world God selects is one in which he middle-knows that no individual who responds to his prevenient grace would fall away. Which mechanism God uses to ensure that such “first responders” do not fall away is wide open for Calvinists to debate. Hence we have three of the Five Points.

One could secure the other two points by following a version of Molinism called Congruism, formulated by the early seventeenth-century Catholic reformer Francisco Suárez. According to Congruism, while God gives all persons in the world he creates a completely sufficient grace for salvation (so that the reprobate have no one to blame but themselves), God decides to ramp up the quality of grace for the elect upon middle-knowing that they would respond to the default level of sufficient grace if given. God gives the elect a congruent grace, namely, a special quality of grace that is so perfectly adapted to their unique characters, temperaments, and situations that they infallibly yet freely respond affirmatively to its influence. Such grace is extrinsically efficacious, thus furnishing us with I (irresistible grace). Since God only intends to save through Christ’s cross those whom he gives congruent grace, the atonement is limited in scope, giving us L (limited atonement).

In sum, a combination of original Molinism and Congruism yields subscription to all Five Points of Calvinism, thus making it quite possible to be both a Calvinist and a Molinist. Although I don’t personally subscribe to this combination (I’m an original Molinist and an Anabaptist), it is my sincere hope that this demonstration will help build bridges between Reformed and Molinist Christians. 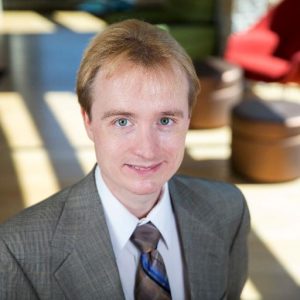