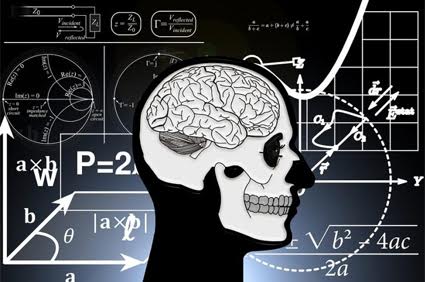 There are so many great scientists out there. The things they get to discover and explain to the rest of us lay people are always very cool. Every so often, however, a well-known scientist will get a bit of publicity over a controversial comment they make. When theoretical physicist Stephen Hawking’s book, The Grand Design was released, it caused quite a stir in the philosophy community regarding his statement in the book that “philosophy is dead.”

Hawking’s claim that “philosophy is dead” is a self-refuting philosophical statement. He goes on to endorse, ironically enough, a philosophical view called model-dependent realism, gets facts about the history of philosophy wrong, implies a philosophical, metaphysically impossible claim about the universe, and finally states that the law of gravity itself is responsible for the existence of the universe. More recently, Bill Nye the “Science Guy” (a mechanical engineer by trade) gets basic biology wrong, misunderstands the pro-life view, and confuses science statements with philosophical statements in a Big Think video about abortion.

Recently, several online science outlets like LiveScience and ScienceAlert, have published articles referencing a BBC program featuring theoretical physicist Brian Cox and astrophysicist Neil deGrasse Tyson. I noticed that even well-known theoretical physicist Sean Carroll shared the article by LiveScience on Facebook. The conversation between Cox and Tyson has gotten traction because of a claim that Cox makes about the Large Hadron Collider and ghosts. Here’s the relevant portion of the conversation:

“If we want some sort of pattern that carries information about our living cells to persist then we must specify precisely what medium carries that pattern and how it interacts with the matter particles out of which our bodies are made. We must, in other words, invent an extension to the Standard Model of Particle Physics that has escaped detection at the Large Hadron Collider. That’s almost inconceivable at the energy scales typical of the particle interactions in our bodies” (Cox).

Astrophysicist Neil deGrasse Tyson, who was also on the show, pressed Cox to clarify his statement.

“If I understand what you just declared, you just asserted that CERN, the European Center for Nuclear Research, disproved the existence of ghosts.” (Tyson)

Let’s talk for a minute about Christian philosophy and belief in souls. As a Christian, I believe the Bible teaches that the human person is a composite being made of two fundamental realities, one material and the other non-material. This idea is articulated very generally in the Bible, leaving us the conceptual space to explore details of this view through philosophy. In Christian philosophy, we have a technical term for the view that human persons are a body/soul composite. It is called Substance Dualism. This is the view that each person is an embodied soul, a simple, indivisible substance not having any parts. Substance Dualism has been defended rigorously by Christian philosophers like Richard Swinburne, Emeritus Professor of Philosophy at the University of Oxford and J.P. Moreland, Distinguished Professor of Philosophy at Talbot School of Theology, Biola University.

Let’s see how a few philosophers define what they mean by a soul, since this may give us some indication where Brian Cox’s argument may have gone astray. First consider the words of Richard Swinburne:

“…I conclude that the human soul cannot be analyzed as composed of form and matter; it is *non-physical* and indivisible, and possesses only pure mental properties. This is the view of Plato and Descartes…” – Richard Swinburne, Mind, Brain, & Freewill

“In chapter 3, I defended property dualism and concluded that consciousness is, indeed, *non-physical*. In this chapter, I will argue for substance dualism, the view that the owner of consciousness-the soul or self-is *immaterial*.” – J.P. Moreland, The Soul: How We Know It’s Real and Why It Matters

“As dualists we do not (necessarily) deny that current research in brain sciences and related disciplines might pose some interesting new challenges to a dualist theory that includes the Soul Hypothesis as a component. For example, dualists have the specific challenge of sorting out in some detail which features of human mental life depend directly on the physical part (the body) and which depend directly on the *nonphysical* part (the soul).” – Mark Baker and Stewart Goetz, Introduction to the Soul Hypothesis volume

“A person, like me, who thinks he’s an *immaterial* soul uses “I” in roughly the same way as a person who thinks that he’s a brain, or a body, or even (like some “madmen” Descartes mentions) that he is made out of glass.” – Dean Zimmerman, From Experience to Experiencer

“I am puzzled and very concerned by the move toward physicalism among theologians, especially within the Society of Vineyard Scholars. I can see no convincing arguments in favor of doing so, and this paper has demonstrated the tremendous failure of such arguments against SD (substance dualism). We are *embodied human persons* (an SD view), not bodily human persons.” – Brandon Rickabaugh, Responding to N.T. Wright’s Rejection of the Soul: A Defense of Substance Dualism

I emphasized certain words in the previous quotes to help you figure out what the problem is. According to these Substance Dualist philosophers, the soul is a “non-physical” or “immaterial” entity. An immaterial entity can’t be composed of energy because it is non-physical. It can use energy, but its essential nature does not consist of energy. I love how Brandon Rickabaugh put it, that we are “embodied human persons.” If we are embodied, that means that our essential nature is something other than a physical body. It’s reasonable to say that these five quotes are representative of the substance dualists writing and defending the view in the philosophy community. I would further contend that no category of substance dualism (i.e., Thomist, Cartesian, or Emergentist) believes anything other than that the soul is immaterial.

Physicist Brian Cox assumes that souls are an “energy source,” then constructs his argument upon that assumption. The Large Hadron Collider should have discovered such an energy source by now, but they haven’t, so says Brian Cox. Clearly, the problem here is that his argument doesn’t work because people who believe in souls don’t agree with his assumption. We reject his assumption and so, therefore, his entire argument does not even get off the ground. Brian Cox and the people who find his flawed reasoning convincing are simply mistaken. Cox and company have not attacked the soul; rather, they merely attack a straw man.

Along with the philosophers noted above, Tim Stratton has argued forcefully for the existence of the soul. The Freethinking Argument provides good reason to think the soul exists. That is to say, the view that human persons are composed of a nonphysical component called a soul is still alive and well. 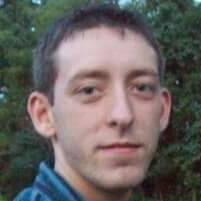 Tim Reed is an undergraduate at Eastern Kentucky University studying physics/teaching and philosophy. In his free time he enjoys hanging out with friends, seeing movies, shooting guns, and learning web design.

Objections to the Existence of the Soul November 20, 2017