How does God’s knowledge relate to the created world? And if God knows the future, what does that mean for human freedom? In Human Freedom, Divine Knowledge, and Mere Molinism Tim Stratton seeks to shed light on these questions by engaging with the apparent conflict between human freedom and divine knowledge. The bulk of the book is an historical survey of significant Christian thinkers. But Stratton also engages with myriad philosophical and theological arguments pertaining to the relationship between God’s knowledge and human freedom. In the end, Stratton defends his preferred solution – Molinism – as the most coherent approach to understanding this relationship.

One thing is clear from the start: Stratton is not afraid of scripture. In fact, his opening discussion is a survey of dozens of biblical passages. Some demonstrate God’s exhaustive knowledge. Others demonstrate human libertarian freedom. But Stratton also highlights passages containing elements of both. In light of the biblical data, Stratton argues that the Christian response cannot be to deny either God’s knowledge or human freedom. Whatever solution one arrives at, in order to remain biblically faithful, both must be affirmed.

Stratton proceeds in his discussion with an overview of human freedom throughout history. He does this by diving into the primary writings of historical Christian thinkers from Augustine and Aquinas to Luther, Calvin, and Edwards. In each case he outlines their theology as it pertains to human freedom and divine knowledge.

Stratton opens up his discussion on history with the writings of Augustine. While in his earlier writings Augustine sought to harmonize God’s sovereignty with libertarian freedom, Stratton highlights how his later writings turned more overtly deterministic. Nevertheless, Stratton argues that Augustine never fully rejected limited libertarian freedom on issues related to salvation. Responding to Augustine was Pelagius. Pelagius ultimately stood to rebut Augustine’s doctrine of Original Sin. Here Stratton outlines the key tenets of Pelagianism and why they were declared heretical. Stratton then turns the discussion to Thomas Aquinas, demonstrating that freedom of the will played a prominent role in Aquinas’ thinking in the sense that nothing outside the person compels him to act, though one’s inclinations do factor in.

Through this brief survey Stratton effectively shows how at least a limited version of libertarian freedom is affirmed by prominent Christian thinkers prior to the Reformation.

Stratton begins the next section by highlighting the specific reasons that Desiderius Erasmus gave for affirming libertarian freedom. With that said, Erasmus himself was unclear about the relationship between freedom and grace. In contrast, Martin Luther argued largely against Erasmus that people only have freedom of the will regarding mundane decisions. These decisions, however, could never have soteriological significance.

John Calvin is often thought to be a name synonymous with determinism. Stratton, however, reveals how Calvin’s views were more complicated than that. While he did affirm that God ultimately determined everything of heavenly significance, he also left room for earthly decision to be made freely. With that said, he never figured out how to reconcile the two.

Stratton next turns his attention to Jacobus Arminius and the theology known as Arminianism. Arminianism is often understood to be the antithesis of Calvinism. Stratton, however, points out that this has more to do with the writings of Arminius’ followers than the writings of Arminius himself. For this reason, he chooses to emphasize Arminius’ own writings in his assessment. Key to understanding Arminius is his insistence against the notion of double predestination, which is the idea that God specifically predestined both those persons who will be saved and those persons who will be damned.

After surveying these primary reformation thinkers, the next task undertaken by Stratton is a comparison between The Remonstrance of 1610 and the Canons of Dort, the former outlining the positions of the Arminians and the latter those of Calvin’s. While great disagreement exists between the two regarding soteriological issues, Stratton highlights that both are entirely consistent with at least a limited libertarian freedom.

The final historical figure Stratton discusses before turning his attention to his philosophical analysis is Jonathan Edwards. Stratton outlines Edwards’ arguments against the freedom of the will. Effectively, Edwards finds the notion impossible because he believes all decisions are determined by past decisions, and the first decision must have been caused by God. This makes Edwards the only figure discussed in this book who completely rejects the notion of free will altogether.

Transitioning off of history and into philosophy, Stratton raises his biggest challenges to exhaustive divine determinism – or “EDD” as he likes to call it – which is the view that God causally determines all things. The foundation of his defense is his demonstration that the ability to think rationally requires libertarian freedom.

For the Christian, however, considerations don’t stop with philosophy but must continue on into theology. For this reason, Stratton continues his defense of limited libertarian freedom by attacking divine determinism directly with scripture and systematic theology. He provides numerous arguments demonstrating that compatibilism – and by extension determinism – is both incompatible with the Bible and incompatible with an omnipotent, omniscient, and omnibenevolent God.

Stratton outlines Molina’s defense of this position both philosophically and biblically. Philosophically, it follows from the notion of omniscience that God’s knowledge is described in such a way. Biblically, there are examples of God exhibiting the type of knowledge required for these logical moments in scripture. In particular, God is described as having counterfactual knowledge of free creaturely actions, which indicates that God has middle knowledge.

The next step is Stratton’s defense of what he calls “Mere Molinism.” Mere Molinism is the affirmation of two propositions: that 1) humans sometimes have libertarian freedom and that, 2) God has middle knowledge. Stratton provides a series of syllogisms defending each of the two elements of Mere Molinism. The key result of this endeavor is not just that Mere Molinism makes the most sense, but also that both Arminians and five-point Calvinists can affirm the arguments in support of Mere Molinism.

But Stratton doesn’t stop there. Instead, he brings the book to a close by arguing that one should be a Molinist due to the advantages Molinism provides for apologetics. To demonstrate this, he runs through several traditional theistic arguments (such as the Kalam, Moral, and Fine-tuning arguments) and shows how in each case Molinism either eliminates objections to the argument or makes the premises of the argument more plausible. He also outlines how Molinism aids in responding to the problem of evil. Given the overall apologetic utility of Molinism, Stratton concludes that Molinism is the best position for the apologist to hold.

Overall, Human Freedom, Divine Knowledge, and Mere Molinism is an excellent read. This is especially true if you are new to Molinism, in which case it may be the best book for you to start with. Two factors set Stratton apart from others writing about Molinism. First, the space dedicated to the historical survey is significant and helps frame the discussion. Second, Stratton has an aptitude for taking complex topics and explaining them in understandable language. In fact, this is probably one of the only books on Molinism that can be read by someone with little background in philosophy. So if you have interest in understanding how to reconcile human freedom with divine knowledge, this is a book you’ll want on your shelf.

This book review was originally published by Apologetics315 — a non-profit ministry. You can support their work here. 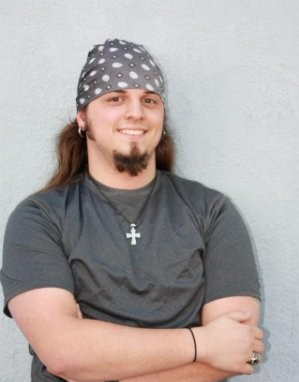 Lucas Giolas is a nuclear instrumentation and control systems engineer with Bachelor of Science degrees in Physics and Astrophysics from the University of Minnesota and a Master of Arts degree in Science and Religion from the Talbot School of Theology. In addition to Apologetics315, he volunteers teaching and preaching at his local church and is the founder of the apologetics ministry, Catalyzing Faith. 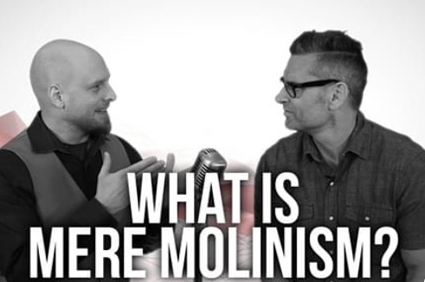