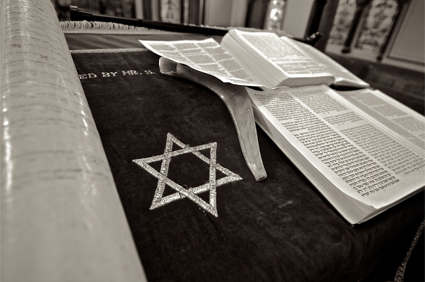 If you haven’t been living under a rock, you’ve probably noticed that conservative author, attorney and commentator Ben Shapiro has rocketed to societal prominence recently. With his impressive debating skills, quick wit, and top-notch writing, the self-proclaimed “Orthodox Jewish” Shapiro’s defense of Constitutional conservatism and Judeo-Christian values have been a much-needed breath of fresh air in American culture. Unfortunately, however, Shapiro has been misled (I’m guessing by a “liberal” modern rabbi) regarding the Jewish Messiah, and holds a position that is absolutely contradictory to the historical position held by ancient rabbinical commentaries such as Targum Jonathan, The Babylonian Talmud, The Midrash Rabbah, Iggereth Teman, Aben Ezra, and Targum Isaiah.

On a recent podcast in which he was talking about The Messiah, Shapiro made two bold statements: 1). “Judaism never posited God coming onto earth in physical form.” And 2). “I’m waiting for The Messiah to come in the form of a political figure… but He’s going to die, too. He’s not going to come back and ‘everyone lives forever.’”

“For unto us a child is born, unto us a son is given: and the government shall be upon his shoulder: and his name shall be called Wonderful Counselor, The mighty God, The Everlasting Father, The Prince of Peace.”

A common-sense reading of this passage can’t miss the fact that it refers to God (“El Gibbor” – literally “Mighty God” in the original Hebrew), as Jews would have considered it blasphemous to refer to anything less in this fashion. A common-sense reading also notices that this selfsame individual is physically born (“For unto us a child is born”), and never dies (“Everlasting Father”), thus contradicting Shapiro’s understanding of The Messiah.

Is it just me claiming this, or did ancient rabbinical authorities agree with this interpretation? Let’s look at their words below:

“The prophet announced to the house of David that: ‘A boy has been born unto us, a son has been given unto us, who has taken the Torah upon himself to guard it; and his name has been called by the One who gives wonderful counsel, the Mighty God, He who lives forever: “Messiah,” in whose day peace shall abound for us. He shall make great the dignity of those who labor in the Torah and of those who maintain peace, without end; on the throne of David and over his kingdom, to establish it and to build it in justice and in righteousness, from this time forth and forever. This shall be accomplished by the Memra of the Lord of Hosts.’”[1]

“Rabbi Hose the Galilean said: Also the name of the Messiah is called Peace, for it is written (Isaiah 9:6): ‘Everlasting Father, Prince of Peace.’”[2]

“The Rabbis lay the following words in the mouth of the patriarch Jacob: “I have still to bring forth the King Messiah as it is written: ‘Unto us a child is born.’”[3]

“God named Him (the Messiah) with six names as He says concerning Him: ‘For unto us a child is born, unto us a son is given; and the government shall be upon His shoulder: and his name shall be called Wonderful, Counsellor, God, Mighty, Everlasting Father, Prince of Peace’. That He calleth Him God in a distinctive manner, is to say with it, that His glory surpasses that of all other children of men.”[4]

“There are some interpreters who say that ‘Wonderful, Everlasting Father’ are names of God and only ‘Prince of Peace’ is the name of the child. But according to my view the interpretation is right (which says): all are the names of the child.”[5]

“The prophet saith to the house of David, A child has been born to us, a son has been given to us; and He has taken the law upon Himself to keep it, and His name had been called from of old, Wonderful Counselor, Mighty God, He Who Lives Forever, The Anointed One (or Messiah), in whose days peace shall increase upon us.”[6]

The rather absurd alternative explanation held by some rabbis is that the subject of Isaiah 9:6 was King Hezekiah. The most obvious problem with that view is that Hezekiah’s name is not “The Mighty God.” Again, the name in Isaiah 9:6 is “El Gibbor” (masculine singular noun with masculine singular adjective). El Gibbor literally means “Mighty God.” The name Hezekiah literally means “God is my strength” or “God has strengthened.” It is a combination of the verb “chazak” and God’s proper name. The point is that “The Mighty God” is a distinct proper name unquestionably identifying and describing a particular person: God Himself. In contrast, “Hezekiah” is a phrase name describing what God has done for the individual who bears the name. In other words, God’s actions are being extolled through the King’s name. The name Hezekiah is drawing our attention to what God already has done, or will do, or is expected to do, that will empower the individual. Hezekiah’s name does not mean “Mighty God” in form or in meaning, and to apply the name “Mighty God” to any one or thing less than God would have been considered blasphemous.

As if the above weren’t enough, Isaiah 9:6 speaks of a deliverance and government that never occurred in Hezekiah’s time. In Hezekiah’s day Assyria devastated, dominated, and deported Galilee. Hezekiah’s government did not deliver Galilee (which is a requirement linked with this prophecy via Isaiah 9: 1), nor was it a government noted for justice and righteousness. Nor did Hezekiah’s government last forever! The Messiah is supposed to deliver Israel from her enemies and institute the glorious Messianic Kingdom; neither of those goals were accomplished by Hezekiah, and the government of Hezekiah does not live up to the description given in the text. Isaiah 9:1-7 cannot be referring to Hezekiah, as good a king as he was.

Considering the context and force of Isaiah 9:1-7, the data about the Messianic person developed in other parts of Scripture and the New Testament data about Jesus in contrast to what we know about Hezekiah, Jesus Christ is a much better fit. Jesus is the:

“…in whom are hidden all the treasures of wisdom and knowledge.”

“But of the Son He says, ‘Thy throne, O God, is forever and ever, And the righteous scepter is the scepter of His kingdom.’” (Quoting Psalm 45)

“Peace I leave with you; My peace I give to you; not as the world gives, do I give to you. Let not your heart be troubled, nor let it be fearful.”

As for the claim that The Messiah will be a political figure, one needs first to understand the two separate appearances of The Messiah, which many ancient rabbis misunderstood to represent two different messiahs: Messiah ben Yosef and Messiah ben David. As it turns out, these are two different “offices” fulfilled by the one-and-only Messiah via two different incarnations (for more on this, see: http://www.messianicassociation.org/ezine34-af.christology-messianic.htm ). It is obvious when one reviews the Messiah ben David prophecies (those regarding “The Second Coming”), The Messiah is indeed a political figure…

Much of the material in this article was derived from the website www.hadavar.org

Tagged with: Ben Shapiro • The Messiah

Anachronistic Righteousness and the Removal of Historical Figures           July 6, 2020