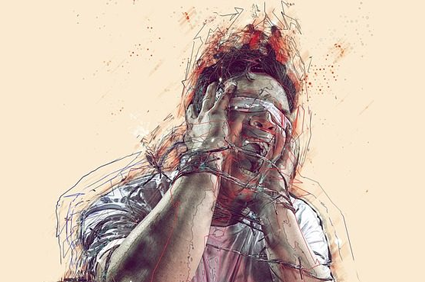 What is atheism? More importantly, what does an atheist believe? Believe it or not, most atheists I interact with are rarely confident about their beliefs. Those who think they are cannot make a logical case to support their claims. Much of this confusion is based on a misunderstanding of the word “atheism.”

According to Merriam Webster’s Dictionary, the simple definition of an atheist is (accessed 1-25-17):

“a person who believes that God does not exist.”

This is a problem for the one who labels themselves as an atheist because apart from logical contradictions (i.e., married bachelors), it is impossible to affirm a universal negation with certainty. Consider the proposition: “There are no black cardinals.” While this proposition seems to be plausibly true, because, as far as we know, no one has ever seen a black cardinal, it also seems entirely possible that at least one black cardinal could exist (or has existed).

So, one might feel justified in affirming the proposition that there are probably no black cardinals, but it would be foolish to exclaim such a dogmatic view that it is impossible for a black cardinal to exist. So, an intellectually honest thinker should withhold claims of certainty regarding the non-existence of a black cardinal.

Consider theistic beliefs through this lens and compare atheism with agnosticism. According to Merriam Webster’s Dictionary, here is how an agnostic differs from the atheist (accessed 1-25-17):

Now, many atheists reject the traditional meanings of these words and exclaim that atheism is simply a “lack of belief in God.” This is bad reasoning. First, the self-avowed atheist is simply making a claim about a personal psychological state; this subjective belief is irrelevant regarding any ontological significance of reality.

“… Lack of evidence [for God], if indeed evidence is lacking, is no grounds for atheism. No one thinks there is good evidence for the proposition that there are an even number of stars; but also, no one thinks the right conclusion to draw is that there are an uneven number of stars. The right conclusion would instead be agnosticism. In the same way, the failure of the theistic arguments, if indeed they do fail, might conceivably be good grounds for agnosticism, but not for atheism. Atheism, like even-star-ism, would presumably be the sort of belief you can hold rationally only if you have strong arguments or evidence.”

Although many today mistakenly think a mere lack of belief in the existence of God justifies the label “atheism,” what is not lacking is an overabundance of arguments and evidence pointing to the existence of God. This is known as the cumulative case for God’s existence. If anything is “lacking,” on the other hand, it is a lack of strong arguments or evidence that God does not exist. Typically the problem of evil (in some form or another) is trotted out to support one’s atheistic beliefs. Be that as it may, this argument has backfired on atheists and has proven the opposite. That is to say, evil is actually more evidence for the existence of God (click here)!

So, call it what you will, but ultimately, if a lack of belief in God is what “atheism” is supposed to mean, then why not call it what it really is — agnosticism! I simply do not understand what seems to be some weird emotional attachment to the word “atheism.” Just be an honest agnostic and get on with your life because affirming atheism apart from good reason is nothing but a blind faith.[1]

[1] Many atheists claim that their atheistic beliefs are just as viable as my theistic beliefs. Typically, the following scale (or something similar) is provided:

I have claimed to hold to proposition (2) as a theist. Because of a cumulative case of coherent reasons (backed up by evidence), I believe theism is probably true with extremely high degrees of certainty (say, 97% certainty). Although I am not 100% certain (but have justification to believe God probably exists), it is quite reasonable to put my faith in what is probably true. This is why Christian theism is a reasonable faith.

Many atheists ignore the plethora of arguments and evidence for God and attempt to make the same move on the other side of the scale. However, they run into the same problems I discussed above. If they claim to hold to proposition (4), then they need to provide coherent reasons (backed up by evidence) as to why they think atheism is “probably true.” Why has the belief needle moved from (3), neutral agnosticism, to proposition (4)? If there are no logical answers then the atheist holds this view for no good reason at all (especially while ignoring the cumulative case for the existence of God). Indeed, their commitment to this definition of atheism is still nothing but a blind faith.