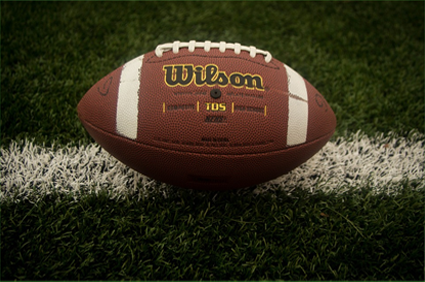 Over the past two weeks I have responded to the ESPN article on Arian Foster’s atheism here and here. I pointed out several errors in his reasoning which have led to Foster’s false beliefs. In my third and final response I will continue to examine more of his misguided statements, but I also want to point out some of the ideas Foster gets right.

“I’ve got no problem with Jesus”

Foster made a significant statement in the ESPN article: “if you look at the teachings of Jesus and understand the man and character that he is, that’s a good dude. I’ve got no problem with Jesus.”

I appreciate Foster’s affirmation of Christ’s teachings, but what about His greatest commandment: you are to love the Lord your God with all of your heart, soul, and mind? Now, I’m sure Arian agrees with the second great commandment that we are supposed to love our neighbor as ourselves. Who would not want to live in a world where everyone loved their neighbors as themselves? Jesus went on to teach that we are even supposed to love our enemies! Everyone loves everyone: from our neighbors to our enemies. Who doesn’t want to live in that kind of a world? It sounds like Jesus was on to something!

Foster shares that his mother, who is agnostic, has “internal struggles,” Foster continues, “right now she feels like, ‘What if I’m wrong?'” Foster assures her by saying, “We’ve been to the moon, and there’s no heaven up there. We’ve dug in the dirt, there’s no devil down there. It’s OK to think what you think.”

Foster’s mother is asking a good question and Foster is responding with, quite frankly, a silly answer. As intelligent as Foster appears, he should know better than this. Consider his mother’s questions: What if atheism is false? Moreover, what if atheism is true?

Take the second question first: If atheism is true, then we are assured to eventually meet our doom. In fact, the universe itself is guaranteed to be destroyed based on the second law of thermodynamics, entropy, and the inevitable heat death of the universe. Ultimately, it will be as if we never existed in the first place. If it will eventually be as if we never existed, then the present moment is utterly meaningless. Our lives are meaningless if all that exists is matter. If atheistic naturalism is true our lives do not really matter, nothing matters.

As Melissa Cain Travis states, “the catch-22 for atheism is that *IF* atheism is true, it doesn’t ultimately matter that it’s true.”

If atheism happens to be true, it does not matter that it is true, or even that we come to realize it’s true, because we all reach the same annihilation, along with the universe itself. Why bother doing anything if atheism is true? What does it matter in the long run (objectively speaking) that we make medical or scientific advances to prolong life for a brief few more moments? If there is no eternity, what is the significance between seconds, years, or decades?

Foster, and others who share the same worldview, seems to be wrestling with the meaninglessness of life on his worldview. He said, “It’s so weird, so weird. I take my job seriously… [but] this is just a game.’ In the grand scheme of things, it really doesn’t matter that much.”

Let me reiterate: On atheism, what does objectively matter? – The answer is nothing.

It seems as though Foster should respect his mother more as she is the one asking the intelligent questions. Examine Foster’s irresponsible answer summed up via syllogism:

1-We have been to the moon and heaven is not located there.
2-We have dug in the dirt and not found hell.
3-Therefore, God does not exist.

What?!? It’s becoming painfully obvious, that despite the reporter’s efforts to suggest how intelligent and “freethinking” Foster is, he has little knowledge of logic. Sadly, most Americans have little understanding as well. However, one can quickly see his conclusion does not follow from the two premises he offered his mother.

Not only is Foster’s conclusion a non sequitur, his premises are fallacious from the get-go. One should not expect to find heaven on the moon or hell under the earth’s crust. For someone who claims he has read the entire Bible, he has little understanding of it. The Bible has nothing to say about heaven being located “on the moon.”

This creates confusion regarding heaven and hell. It is better to think of heaven and hell, not so much as places, but rather, as statuses of relationship. For example, marriage with your creator is heaven, and divorce from God (the ground of all that is good) is hell.

Foster states that he and his mother discuss adopting principles of the gospels without accepting Christ’s divinity. For instance, “I’m not religious, but I agree with a lot of the core tenets Jesus held.”

Again, now we have a weird kind of “Christian Atheism” where one can be a follower of Christ without believing in God – which is antithetical to what Jesus taught. What about the part where Jesus says that the greatest command is to love God with every aspect of your existence and that He was the only way to God the Father? What about the part where Jesus claimed to be ultimate reality and God himself when he proclaimed, “Before Abraham was, I AM” (John 8:58)?

As C.S. Lewis said, Jesus is either Lord, lunatic, or liar. Why would anyone want to affirm the “core tenants” of a lunatic or a liar? If Jesus is Lord, however, that would be great reason to follow all of His teachings.

ESPN reported: “Foster stops short of calling himself an atheist, not because he isn’t — his language is the language of the atheist — but because someday he might not be.” Foster said, “I have an open mind . . . I just want to be a happy human being and continue to learn.”

These thoughts are commendable. It seems that Foster does not think God exists (he is an atheist), but he is open to change his mind. Arian, if you read this, please spend some time reading the work of William Lane Craig, Michael R. Licona, J.P. Moreland, or read my articles at freethinkingministries.com for that matter. I’d be happy to have respectful conversations with you. I will gladly consider your arguments if you sincerely consider mine.

Foster says he has a visceral dislike of labels: “If I tell you I’m a Republican, your mind immediately starts telling you all the things I must believe,” he says. “Same with the word ‘atheist,’ and I don’t like people making assumptions about me.”

One thing I KNOW about any atheist is that either they don’t believe that there is anything OBJECTIVELY right, wrong, good, bad, fair, or evil about anything or they are ignorant of what their worldview logically entails. If atheism is true, there is nothing they can do which is really wrong. Nothing is objectively off limits.

Foster goes on to quote Neil deGrasse Tyson who said “any time you attach yourself to a group or an ‘-ist,’ you get all the stereotypical baggage with it.”

What about the label ending with “ist” called a SCIENTIST? I can know that if one is a scientist (one who studies nature), then they don’t have credentials to make claims on the existence of things that would exist apart from nature (supernatural). Scientists are simply in the wrong field. As Dr. Craig has correctly pointed out, “You might as well ask a plumber what they think” (nothing against plumbers).

The reporter stated that there are all kinds of “fundamentalists” and that includes “fundamentalist atheists.” He noted that Richard Dawkins, a British scientist and author of The God Delusion, is “an atheist provocateur, espousing the belief that religion impedes the progress of civilized society.” Foster has apparently studied Dawkins’ work extensively, but has now come to reject Dawkins’ militant approach.

It is so refreshing to see that Foster is rejecting the tactics of Dawkins’ disciples, as they are typically notorious for attacking the arguer instead of the argument. If more atheists and agnostics would take the approach Foster offers, emotional quarrels would diminish and intellectual conversations would begin. One topic of discussion that would be nice to have with Richard Dawkins would be in regards to the incoherence of his God Delusion book.

Who is to blame?

What really strikes me is that the ignorant rise of atheism is not the fault of Hollywood or Washington D.C.; it’s not the fault of Richard Dawkins or Sam Harris either. If anyone needs to shoulder the blame for this slow but rising tide of atheism in the world today it is the church! The evidence is on our side, but the majority of Christians have no idea how to show what we know to be true. Christians should not be mad at atheists like Arian Foster. Instead, a church-wide self-examination is needed.

Much of the blame lies with ill-prepared pastors and the seminaries that produced them. If pastors do not know exactly what they believe or why they believe it, those in their congregations will not know it either. How does the church expect to have a positive impact on the world with an approach like this? This mindset is unbiblical and sinful (Colossians 4:5-6). This needs to change, but the church culture needs to change before the church can change the culture.

I am not frustrated with Arian Foster, he seems to be the kind of open-minded guy I would quickly befriend. My bone to pick is with the church. I respect Foster for his willingness to listen and I would gladly draft him on my Fantasy Football team again. 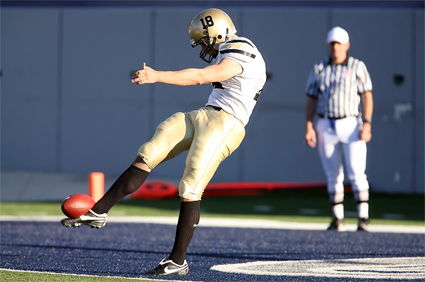