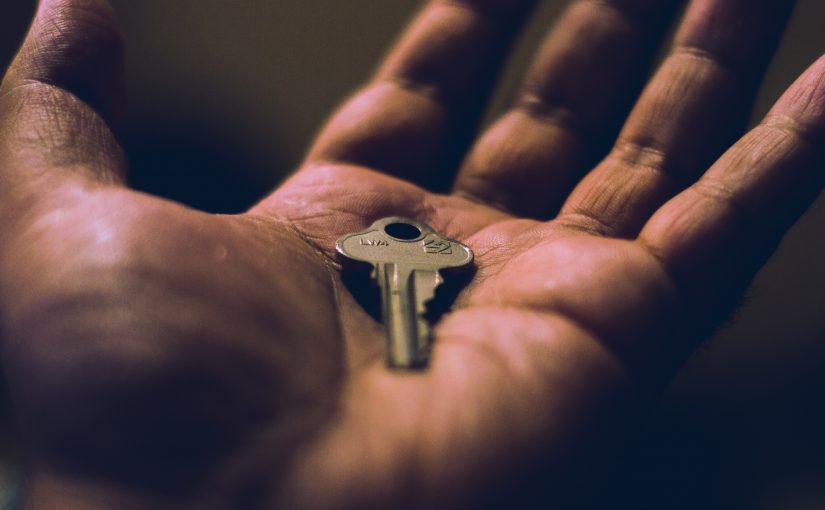 C. S. Lewis claimed that the doors of hell are locked from the inside.[i] In this article, I provide an argument to support Lewis’ claim. I also discuss the apologetic significance of his assertion.

I assume that free will exists and that human beings have libertarian freedom. I also assume the moral principle ought implies can; i.e., for any action A and any person S, if S morally ought to do A, then it is possible for S to do A.[ii]

The Meaning of the Claim

What did Lewis mean by saying that the doors of hell are locked from the inside? First, plausibly, he meant to affirm that there is a hell.[iii] Second, arguably, he meant that for anyone in hell, it is possible for him freely to choose to leave and reconcile with God. As Lewis put it, the denizens of hell are “rebels to the end.”[iv] They freely decide to remain in hell, although at any time they can freely leave and reconcile with God.

Lewis’ claim about the doors of hell can be supported with something like the following argument:

Premise (1) is plausible. (By “human being,” I mean to refer to humans who are sufficiently mature. I do not mean to refer to humans who because of age or disability cannot make informed choices.) A genuine moral command from an authoritative moral commander generates a moral obligation in the one commanded. I.e., whatever is morally commanded is morally obligatory. But human beings are morally commanded to be in a right relationship with God. For example, Jesus commanded us to “repent, for the Kingdom of Heaven is at hand.”[v] Jesus also commanded us to love God with wholeness of heart, soul, mind, and strength.[vi] Deuteronomy 6:5 records a similar commandment. Deuteronomy 5:33 says: “Walk in obedience to all that the LORD your God has commanded you, so that you may live and prosper and prolong your days in the land that you will possess.” And 2 Corinthians 5:20 says: “Be reconciled to God.”[vii]

Moreover, since God is the greatest conceivable being (i.e., the maximally great being who is omnipotent, omniscient, omnibenevolent, and morally perfect in every possible world), it is intuitively clear that finite human beings – including those in hell – ought to live in harmony with God. One could extend this point by explaining that human flourishing requires living in harmony with the greatest good, which is God. One can appeal to Scripture (e.g., Proverbs and Deuteronomy 5:33) and to extrabiblical sources (e.g., Aristotle’s Nicomachean Ethics) for support of this claim about human flourishing.

“This being so, it would be shocking inconsistency on my part, gentlemen, if, when the officers whom you chose to command me assigned me my position at Potidaea and Amphipolis and Delium, I remained at my post like anyone else and faced death, and yet afterward, when God appointed me, as I supposed and believed, to the duty of leading the philosophical life, examining myself and others, I were then through fear of death or of any other danger to desert my post… Gentlemen, I am your very grateful and devoted servant, but I owe a greater obedience to God than to you, and so long as I draw breath and have my faculties, I shall never stop practicing philosophy and exhorting you and elucidating the truth for everyone that I meet. I shall go on saying, in my usual way, “My very good friend, you are an Athenian and belong to a city which is the greatest and most famous in the world for its wisdom and strength. Are you not ashamed that you give your attention to acquiring as much money as possible, and similarly with reputation an honor, and give no attention or thought to truth and understanding and the perfection of your soul?”[viii]

Premise (2) is intuitively clear and perhaps analytically true. A genuine moral obligation entails a moral ought for the one obligated. Premise (4) is a commonly accepted and intuitively evident moral principle. It seems incoherent to hold that one ought to do the impossible (logically impossible or physically impossible). For example, it is absurd to say that your neighbor ought to remove the square circles from his lawn, that the clerk at the department store ought to sell you colorless red shoes, that your friend ought to be a married bachelor[ix], or that your colleague ought to jump across the Pacific Ocean using only the muscles in his legs. But if one ought to do A, then A can be done. As Kant noted: “For since reason commands that such actions should take place, it must be possible for them to take place.”[x] This concept predates Kant and goes back at least to the Roman legal maxim: impossibilium nulla obligatio est (there is no obligation to do the impossible).[xi] The contrapositive of this maxim is that if an act is obligatory, then it is possible. Premises (6) and (8) are analytically true.

Perhaps there are many apologetic applications for Lewis’ claim. Given spatial limitation, I will address only one. The claim can be used in response to the following objection to the Christian worldview: eternal punishment in hell is unjust.

Now, there are various responses to this objection. For example, one can try to show that retributive justice demands such punishment in some cases, namely, cases of human beings who reject the atoning work of Christ. Or, for Christian universalists, one can respond by appealing to universalism.[xii]

Setting aside these examples, let us focus on the following response: if the doors of hell are locked from the inside and thus every human being in hell freely (in a libertarian sense) chooses to be there and can freely leave at any time, then it is not unjust for God to permit human beings freely to choose hell. If a human being freely elects to remain in hell for a potentially infinite number of days, even though he can freely leave at any time, then any punishment which occurs – and perhaps accrues – as a result of this free volition is a just and freely chosen punishment.[xiii]

*Photo by CMDR Shane on Unsplash

[ii] The possibility under discussion here is at least a matter of logical possibility. There might be situations in which the principle generates a moral dilemma. For example, if Jack ought to do A and he ought to do B but cannot do both, and if the obligations to do A and B are equally weighty such that neither outweighs the other, then ought does not imply can in such dilemmas. But the ought-implies-can principle seems to hold in the argument I construct for this article, since it seems no moral dilemmas of this type are relevant to my argument. Perhaps there are no real dilemmas of this type. See https://plato.stanford.edu/entries/moral-dilemmas/#DilCon for more information on moral dilemmas and the ought-implies-can principle.

[iii] In this article, I do not discuss whether or not anyone goes to hell. I take no position on whether or not those in hell stay there forever. I take no position on the population statistics of hell. My article is not intended to address such matters. Moreover, my article is not intended as an exegetical commentary on Lewis’ work. Rather, my article is an examination of an interesting topic in philosophical theology. I offer a plausible interpretation of Lewis’ claim, but only for the sake of raising the topic — which is of philosophical and theological interest regardless of what Lewis believed.

[vii] One might object that these commands are only for human beings prior to death and thus that the commands do not apply to human beings in hell. Given limits of space, I will not address this objection in great detail. But I will note that it is implausible to hold that human beings in hell are somehow no longer obligated to be reconciled to God. Suppose a human being in hell freely rejects God. Is this rejection somehow morally acceptable, somehow not a violation of an obligation to love God and be in harmony with him, merely because that human being is in hell? Does setting up residence in hell permit a human being to shirk a moral obligation toward God?

[viii] See Apology, 28e – 29e in Plato: Collected Dialogues, eds. Edith Hamilton and Huntington Cairns, (Princeton, New Jersey: Princeton University Press, 1989), 15-16. I do not mean to say here that Socrates had a devotion to the Christian God in mind, nor do I mean to rule out that possibility. I only mean that Socrates believed that one ought to live in harmony with God and that part of such harmony is to obey divine commands to the best of one’s ability.

[ix] Your friend might desire to be married and to be a bachelor, but these are conflicting desires. He cannot be both at the same time and in the same way! Mutatis mutandis regarding a moral obligation to be a married bachelor.

[xiii] One might object that it is implausible for a human being freely to choose hell if he can choose to leave and find wholeness and eternal bliss with God. Why not choose wholeness and bliss? Isn’t that the rational, desirable, and characteristically human choice? What kind of person would choose hell? I take this objection seriously. Libertarian freedom makes it possible for someone to choose hell. But why would anyone actually do such a thing? For my part, I hope no one makes such a choice. But if Dostoyevsky is right, it is possible for a person to delight in evil, perversity, spitefulness, bitterness, and degradation and to choose a life devoted to such things. His character, the Underground Man, says the following:

“I reached a point where, trudging back to my corner on some foul Petersburg night, I would feel a certain hidden, morbid, nasty little pleasure in the acute awareness that I had once again committed something vile that day, that what had been done could no longer be undone; and I would gnaw and gnaw at myself in silence, tearing and nagging at myself until the bitterness would finally begin to turn into a kind of shameful, damnable sweetness and, in the end – into a definite, positive pleasure! Yes, a pleasure, a pleasure! I stand by that… I will explain it to you. This pleasure comes precisely from the sharpest awareness of your own degradation; from the knowledge that you have gone to the utmost limit; that it is despicable, yet cannot be otherwise; …” (Notes from Underground, New York: Bantam Dell, 2005, p. 6.)

See also my Philosophical Notes on the Underground: Two at https://freethinkingministries.com/philosophical-notes-on-the-underground-two/ Perhaps the persons in hell, if there are any, are like the Underground Man; i.e., maybe they have freely cultivated a character such that they delight in self-degradation and in doing evil, and they freely choose to continue doing so. It is possible for such persons to leave hell. But they choose to stay. They take a “nasty pleasure” in it. They choose a life consisting of unending, nasty little pleasures of self-degradation over God, wholeness, and bliss. As long as this terrible and frightening character-type is possible, hell is possible. Is it psychologically feasible for such persons to leave hell?