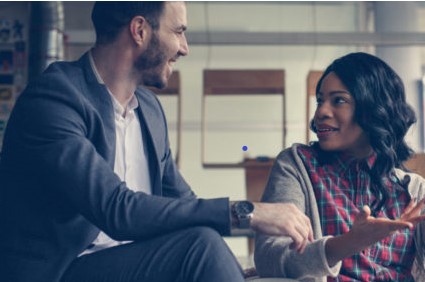 An old adage claims that the two worst conversations to have with a person involve religion and politics. Since people hold deep emotional feelings pertaining to these two issues, the logic of the cliché claims that the two topics must be avoided. However, these two topics are arguably the most important topics that one could discuss. I will leave the issue of politics with the pundits. Nevertheless, political policy affects everyone in the nation to which it is given. On a larger scale, religion is an issue that deals with life’s most important questions. Does God exist? Is there an afterlife? How does one get to heaven? Did Jesus of Nazareth exist? Did Jesus rise from the dead on Easter Sunday?

I have heard people make the claim that religious conversations should be avoided because they are worthless. Statements such as “All people want to do when talking religion is to force their opinions on others” indicate a disdain for the topic. For some, it could include a disregard for religion itself. So, is the discussion of religion important? Let’s consider three aspects that religion covers.

1. Religious conversations are important as they discuss critical shapers of a worldview.

Why does it matter what a person believes, that is, accepts as truth? It actually matters a great deal. Everyone has a religion of some sort. The person’s religion may or may not be part of an organized religious system of thought. But, the person still has a religion because the term religion is understood as a systematized, personal belief. How one views God, the world, and humanity becomes part of that person’s religious belief. These beliefs are actually shapers of the person’s worldview.

Individuals have been moved to do great good by their religious beliefs. Countless individuals have given of themselves, sometimes even their lives, to serve other people because of their belief that God loves all people and wants to love all people. Consider missionary Jim Elliot who gave his life to share the gospel with the Huaorani people of Ecuador. Why did he share gifts and his beliefs with the Huaorani? Because he believed that God loves everyone. Elliot’s worldview was shaped by the religious shapers of his belief system.

In stark contrast, others such as Adolf Hitler[1]—who was influenced by a bizarre conflation of New Age ideology, mixed with the beliefs of atheist philosopher Friedrich Nietzsche[2], and the biology of Charles Darwin—and Joseph Stalin—who was influenced Karl Marx and his atheism—were led to do great harm because of their worldview. Hitler and Stalin’s worldview were shaped by their religious beliefs. Ideas truly matter!

2. Religious conversations are important as they diagnose claims of truth.

Everyone has an opinion, but is every opinion based on truth? Do we take seriously the claims of the Flat Earthers in that the world is flat, and that the population’s acceptance of a round earth is part of a greater conspiracy? It seems that there are conspiracy theories for everything nowadays. While it is important to respect each person, it is not wise to accept all opinions as truth.

Some people reject the idea of a spiritual existence beyond the scope of the body that awaits the return of Christ. However, if a person accepts the authority of the Bible and Jesus’s teachings, then it is difficult to accept his teachings to Martha after Lazarus’s death, saying, “I am the resurrection and the life. The one who believes in me, even if he dies, will live. Everyone who lives and believes in me will never die” (John 11:25-26a).[3] How could this be true if there is no survival of the soul after death? Or, what of Jesus’s promise to the criminal on the cross where he says, “Truly I tell you, today you will be with me in paradise” (John 11:43). If Jesus is true, then ideas of soul death or soul sleep cannot. Intellectual discussions of religious belief, when done properly, can diagnose truth claims according to theological, philosophical, historical, and biblical evidences.

3. Religious conversations are important as they dissect conversational spiritual status.

Not all religious conversations will end with good results. Nevertheless, a person can gauge one’s spiritual status during conversations of religion. I heard the story of a pastor who spoke with a young man who took a lax view of sin and theology. The pastor asked the young man if he and his girlfriend were engaged in premarital sexual relations. The young man admitted that they were. The young man’s rejection of ethical and theological standards said more about his spiritual state than the veracity of the ethical and theological truths being discussed. Religious conversations may lead to deep discussions, or it may lead to revealing spiritual conditions. If a person is found to be in a lost or spiritually weak state, one knows how to pray for the person in question.

If God exists, Jesus is risen, the Bible is God’s revelation to humanity, and if salvation is found in Christ’s work on the cross; then religious discussions are the most important conversations that we can have. In the end, I really don’t think that people who accuse religion as being unimportant truly mean what they say. I feel that the people making this claim do not desire to be obtrusive or combative. However, it has been my experience that with proper training and in-depth contemplation, religious conversations do not need to be hostile or combative. Hot-button issues only become hostile if we allow it. Emotional outbursts do more to show the shallowness of a person’s worldview than to dismiss logical and evidential claims. Sometimes, all one needs to do is, as Greg Koukl suggests, leave a stone in someone’s shoe.