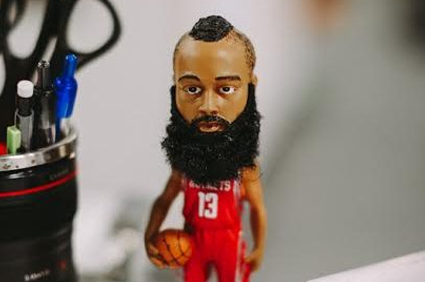 As the title suggests, what I’ll be presenting is an updated version of the argument from contingency. This version is heavily inspired by the work of Joshua Rasmussen, so, if this piques your interest, I recommend looking into his two papers on the subject.

Why an updated version? Two reasons. First, this version utilizes weaker premises and is therefore easier to hold and defend. For instance, the version I will be defending does not entail that the universe as a whole is contingent. So that premiss–while I think it true–does not need to be defended. Secondly, updating an argument causes those that have previously rejected it to reassess. So a new group of people might come to hold the contingency argument.

We start, as any contingency argument does, with a causal principle. It goes like this:

(1) Necessarily, every contingent set of concrete objects possibly has an explanation for why it, rather than some other set of objects, exists.

The careful reader will see right away that this causal principle is weaker than other versions. It doesn’t say every contingent state of affairs has an explanation (Alexander Pruss/Richard Gale [1]), nor does it say that contingent states of affairs actually have explanations (Robert Koons [2]). The upshot is that popular objections (ie: modal collapse) are immediately avoided. I’ll now turn to motivate (1).

The desk I’m writing on has a number of objects sitting on it. There’s a computer, a fan, several hard drives (I’m a photographer after all!), pens, headphones, a James Harden bobblehead, and many other things. It’s natural to think there’s possibly a reason that particular set of objects is on my desk instead of some other group of objects. Not only that, it’s natural to think there’s possibly a reason those objects have the properties they do. For instance, one might think Harden’s jersey is painted red instead of blue because he left the Thunder for a better team (a friendly jab at Tim Stratton). It’s completely natural to think that it’s metaphysically possible the objects on my desk, along with their contingent properties, are causally explained.

Moving on, let L be the set of all contingent objects in the actual world [3]. From this it follows that:

(2) L possibly has an explanation for why it, rather than some other set of objects, exists.

(3) No contingent object in the actual world could explain L.

Think about this one. The James Harden bobblehead sitting on my desk doesn’t explain why all the objects on my desk exist. After all, Harden is part of that set of objects! Moreover, he would have to explain, not only all of the other objects and their various properties, he would have to explain his own existence! Now, Harden is god-like at basketball, but not even he can explain his own existence. Likewise, since L includes every contingent object in the actual world, it can’t be explained by a contingent object not included in L. It would have to be explained by something outside of L, in other words, something non-contingent. This brings us to the next premiss.

(4) If no contingent object in the actual world could explain L and (2) is true, L is possibly explained by a necessary being or group of necessary beings (N).

As alluded to above, if L can’t be explained by a contingent object outside of L, which it clearly can’t, then it follows that the explanation for L must be a non-contingent, necessary being (or group of beings).

This premiss, in my mind, is the most challenging part of the argument. I’ll begin by establishing that N is infinitely powerful.

Secondly, Richard Swinburne has argued that “a finite limitation [of power] cries out for an explanation of why there is just that particular limit, in a way that limitlessness does not.” [5] So, for instance, if N exemplified 1,000 units of power, one might wonder why N has that amount and not some other amount (perhaps 200 units or 1,001 units). N’s having 1,000 units of power therefore seems to be a contingent property of N (sort of like Harden’s jersey being red instead of blue is a contingent property of Harden). However, there can’t be any explanation for N’s contingent properties outside of N. But, given (1), N’s contingent properties are possibly explained and so we’ve run into a contradiction. The solution is to say that N’s power is essentially infinite.

In his work, Swinburne argues that there are two kinds of explanations: scientific and personal [6]. Scientific explanations explain by means of initial conditions (or causes) and some law of nature which together make probable the resulting event. Personal explanations explain in terms of a person’s desires and beliefs (see [6] for examples of each). However, as Pruss notes,

“As far as we can tell, science explains things in terms of contingent causes.”

So, if these two types of explanations are the only kinds there are and it can’t be scientific, then the explanation of L must be personal. Some might object and say that science in fact does explain in terms of necessary beings, namely, the universe. For a response to this, see objection 4 below.

Secondly, Alexander Pruss and Kenneth Pearce have demonstrated that an omnipotent being must be personal. They argue that, in order to avoid various problems brought about by the concept of omnipotence (e.g.: omnipotence paradoxes, McEar, etc.), omnipotence ought to be defined in terms of perfect freedom and perfect efficacy of the will [7]. Efficacy is the ability to actualize what one wills. Perfect efficacy means that S’s will is never frustrated. However, that is not sufficient for omnipotence; my computer’s will is never frustrated, but clearly my computer is not omnipotent. So we must add perfect freedom, the ability to will anything that isn’t a necessary falsehood [8]. If their analysis of omnipotence is correct, omnipotence entails that N is personal.

If Occam has taught us anything, it’s that we shouldn’t multiply causes beyond necessity. There’s no need to posit more than one being, and hence we shouldn’t. Simplicity clearly favors unity. Now you might not put much stock in simplicity–perhaps you’re a photographer like me and know that multiplying camera gear beyond necessity is one of the greatest possible goods–so we’ll briefly survey another argument. Let’s assume N is a collection of beings. Given the above understanding of omnipotence, N has perfect efficacy of will. But what happens when one being wills p and another wills ~p? Assuming the universe doesn’t explode, neither being’s will is satisfied and hence the group isn’t omnipotent. Thus, it’s a requirement of omnipotence that all beings in N are in unity of will. But then why not just say N is a single being with a single will? Moreover, one might argue that having a will essentially is a feature of one being and not many.

It’s plausible to think that if N is an agent, then she has at least some knowledge. But how much? Following Pruss and Pearce, one of the necessary conditions of omnipotence is perfect rationality because “someone lacking in rationality is suffering from a constraint on freedom.” They go on to say, “Ignorance is often a constraint on freedom. In fact, it may well be that nothing short of omniscience will do for a perfectly free being’s knowledge. It would be a constraint not to know something that is rationally relevant to deciding what to will . . . In fact, just about every fact is relevant to some decision.”

Moreover, as a friend of mine pointed out, we can take this a bit further. The contents of any world that N can actualize will be rationally relevant to the act of will N takes in actualizing a world. So if N is perfectly rational, N will know the contents of every possible world, which is just another way of saying that N is omniscient. Also note that the Swinburnian argument for infinite power would apply here as well.

Supposing there are moral facts, in virtue of omniscience, N will know all moral facts and, in virtue of being perfectly rational, act in accord with those facts. This is true whether moral facts exist independently of N or if moral facts are brought about by N. If N brings about moral facts, N’s will determines what is morally obligatory [9]. Since N’s will is a reflection of N’s nature, N’s nature is perfectly good. We know this upon reflection. Simply think about the nature of moral facts. It is moral to love one’s neighbor, to care for the poor, to love those that persecute you, to care for those that can’t care for themselves, to sacrifice one’s time and resources for the benefit of others, etc. If these facts are a reflection of N’s nature, then N has an unsurpassably good nature.

If you’ve been tracking the argument thus far, you’ll notice that the truth of the previous six premises entails the existence of God. Here are the steps laid out in order:

OBJECTION 1: The universe is probably eternal and so doesn’t need a cause.

Many argue the universe began to exist, but that is beyond the scope of this article. It goes without saying that, while it is a common response to cosmological arguments, the eternality of the universe does not constitute a defeater for any premiss of the specific argument in question. A better objection would be to question whether the universe is contingent. For a response to that, see objection 4.

OBJECTION 2: Premiss (1) entails the existence of a necessary being and so no one can believe the conclusion without begging the question.

OBJECTION 3: This would seem to entail that the objects on your desk are explained by a necessary being, but clearly that is false.

OBJECTION 4: Why can’t the universe be a necessary being?

I’ve already argued that N has infinite power, infinite knowledge, and volition; this rules out the universe as a candidate. However, there are two other reasons to doubt this. First, (1) entails that a world consisting only of contingently existing angels and demons is possibly explained by N. However it’s rather unlikely the material universe could causally explain a world consisting of such objects. So, N is not the universe. Second, it’s analytically true that there is no state of affairs in any possible world that describes the non-existence of N. However, if it’s metaphysically possible the universe came into being, which it clearly is, then there is a state of affairs in some possible world that describes the non-existence of the universe. So the universe is not N.

[3] If L is causing you issues, simply imagine a metaphysically possible world, call it E, with only one or two contingent objects that are possibly explained. The argument doesn’t rely on L.

[4] For reductio, we are assuming the limitation in power is an essential property of N.

[9] “determines” is being used very broadly to incorporate the various interpretations of Divine Command Theory.

[10] Many thanks to those that read the article in advance and offered feedback: Brett Lunn, Perry, Josh, Wade Tisthammer, Tim Stratton, Alejandro, Joshua Waldecker, and anyone else I might be forgetting. 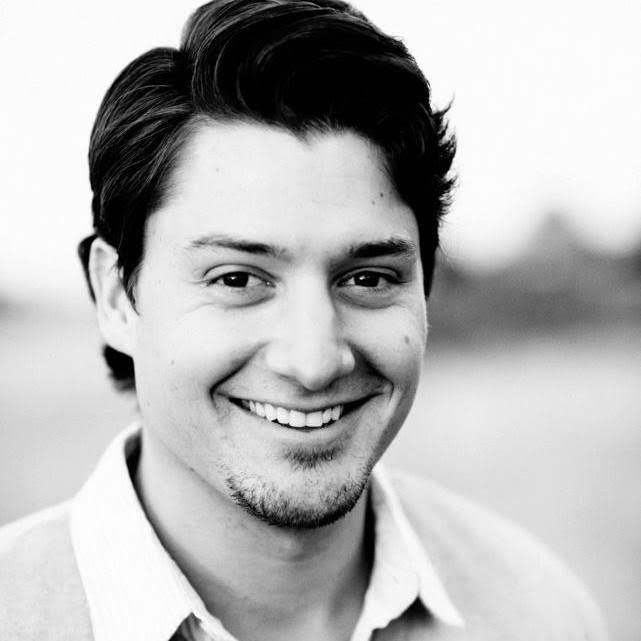 Cameron Bertuzzi is a Houston-based photographer and founder of Capturing Christianity, an apologetics ministry that seeks to inform and defend the rationality of Christianity. He is a writer, speaker, and he uses his ministry to host regular discussions between Christians and atheists. Blog: capturingchristianity.com YouTube: https://www.youtube.com/channel/UCux-_Fze30tFuI_5CArwSmg