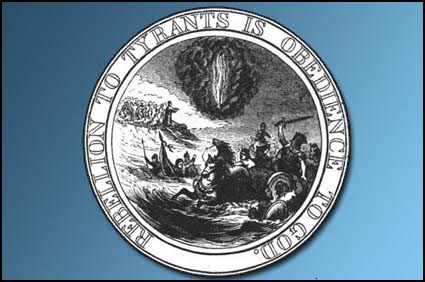 Christ Church Burial Ground is the final resting place of Benjamin Franklin and his wife. Four other signers of the Declaration of Independence are buried here.

Benjamin Franklin considered himself as a Christian during the founding of the United States, but experimented with other religions (such as Deism) during other times of his life. His writings at these other times have apparently confused people like Richard Dawkins and Mitch Kahle into assuming this means the U.S. is a “secular nation”. Yet it’s really not that hard to check the dates on the various writings (which lots of scholars have done), and once that is done, a clear picture of his mindset during our founding emerges.

Franklin was one of five men appointed to the committee to draft The Declaration of Independence on June 11, 1776. The others were Thomas Jefferson of Virginia, Roger Sherman of Connecticut, Robert R. Livingston of New York, and John Adams of Massachusetts. The Declaration mentions God four times (“Nature’s God”, “Creator”, “Divine Providence”, and “the Supreme Judge of the World”), and drew inspiration from John Locke’s Two Treatises on Government (1690), and George Mason’s Virginia Declaration of Rights (1776), and possibly the Mecklenburg Resolves penned by the Mecklenburg (N.C.) Presbyterians (1775); three clearly Christian sources. This obviously is not the god of Deism, which has no plans for, or interaction with the world and the people in it.

The Great Seal of the United States

Also on July 4, 1776, Congress appointed Benjamin Franklin, Thomas Jefferson and John Adams “to bring in a device for a seal for the United States of America.” Franklin’s proposal for the seal adapted the biblical story of the parting of the Red Sea. Jefferson first recommended the “Children of Israel in the Wilderness, led by a Cloud by Day, and a Pillar of Fire by night. . . .” He then embraced Franklin’s proposal and rewrote it. Jefferson’s revision of Franklin’s proposal was presented by the committee to Congress on August 20. It’s hard to imagine why non-religious people would do such things. Although not ultimately accepted, these drafts reveal the religious temper of the Revolutionary period. Franklin and Jefferson were among the most theologically liberal of the Founders, yet they used biblical imagery for this important task.

The Articles of Confederation was the name of The United States’ first federal constitution. Ben Franklin first proposed the idea, and was one of its primary writers. The Articles were presented to the Continental Congress for the various colonies to consider on Nov. 15, 1777. The thirteenth state, Maryland, finally ratified the document on March 1, 1781. The Articles rest on the clear belief that God is the Sovereign administrator of the world, as these excerpts show (emphases mine):

Whereas the Delegates of the United States of America in Congress assembled did on the 15th day of November in the Year of Our Lord One thousand Seven Hundred and Seventy-seven, and in the Second Year of the Independence of America, agree on certain articles of confederation and perpetual Union between the States (Art. 1). . . . And whereas it has pleased the Great Governor of the World to incline the hearts of the legislatures we respectively represent in congress, to approve of, and to authorize us to ratify the said articles of confederation and perpetual union….(Conclusion).

The Articles of Confederation closes in the same fashion that it opened: “Done at Philadelphia in the state of Pennsylvania the ninth day of July, in the Year of our Lord. . . .” It’s difficult to see how a Deist (or a secular person) would ever have described God as “the Great Governor of the world”, or believe that He could or would move an individual’s heart to do anything. A Deist does not believe such things!

In 1782, as the Revolutionary War was approaching its end, Ben Franklin, John Jay and John Adams were sent to France to attempt to secure terms of peace with England. Three documents were drafted in succession: Preliminary Articles of Peace, Provisional Articles of Peace and The Treaty of Paris, all of which had clear Christian references. The 1783 Treaty of Paris, for example, begins with the following words (emphases mine):

In the name of the most holy and undivided Trinity.
It having pleased the Divine Providence to dispose the hearts of the most serene and most potent Prince George the Third, by the grace of God, king of Great Britain, France, and Ireland, defender of the faith…

In the constitutional convention of 1787, disagreements threatened to derail the entire process. Ben Franklin finally had enough, and stood to speak, saying the following:

The small progress we have made after 4 or five weeks close attendance & continual reasonings with each other, our different sentiments on almost every question, several of the last producing as many noes and ays, is methinks a melancholy proof of the imperfection of the Human Understanding. We indeed seem to feel our own want of political wisdom, some we have been running about in search of it. We have gone back to ancient history for models of Government, and examined the different forms of those Republics which having been formed with the seeds of their own dissolution now no longer exist. And we have viewed Modern States all round Europe, but find none of their Constitutions suitable to our circumstances.

In this situation of this Assembly, groping as it were in the dark to find political truth, and scarce able to distinguish it when presented to us, how has it happened, Sir, that we have not hitherto once thought of humbly applying to the Father of lights to illuminate our understandings? In the beginning of the Contest with G. Britain, when we were sensible of danger we had daily prayer in this room for the divine protection. ”Our prayers, Sir, were heard, and they were graciously answered. All of us who were engaged in the struggle must have observed frequent instances of a Superintending providence in our favor. To that kind providence we owe this happy opportunity of consulting in peace on the means of establishing our future national felicity. And have we now forgotten that powerful friend? I have lived, Sir, a long time, and the longer I live, the more convincing proofs I see of this truth- that God governs in the affairs of men. And if a sparrow cannot fall to the ground without his notice, is it probable that an empire can rise without his aid? We have been assured, Sir, in the sacred writings, that “except the Lord build the House they labour in vain that build it.” I firmly believe this; and I also believe that without his concurring aid we shall succeed in this political building no better than the Builders of Babel: We shall be divided by our little partial local interests; our projects will be confounded, and we ourselves shall become a reproach and bye word down to future ages. And what is worse, mankind may hereafter from this unfortunate instance, despair of establishing Governments by Human Wisdom and leave it to chance, war and conquest.

I therefore beg leave to move, that henceforth prayers imploring the assistance of Heaven, and its blessings on our deliberations, be held in this Assembly every morning before we proceed to business, and that one or more of the Clergy of the City be requested to officiate in that service.

Those don’t sound like the words of a secular bloke, or a Deist to me. Nor were they taken that way by his audience (you know; the authors of the First Amendment, along with the rest of the Constitution). Note carefully his reference to the daily prayer they all had together “[i]n the beginning of the Contest with G. Britain” (The Revolutionary War). Why would a group of Deists or seculars do that? In response to Franklin’s words, Ed Randolph proposed that a “sermon be preached at the request of the convention on the 4th of July, the anniversary of Independence, & thence forward prayers be used in ye Convention every morning.”

One report has Washington (who was reportedly beaming with pride when Franklin made his speech) leading most of the Convention delegates to a church, where James Campbell preached a sermon trusting in the wisdom of the delegates to establish a “free and vigorous government.”

As it turns out, after the Convention, and nine days after the first Constitutional Congress convened with a quorum (April 9, 1789), they implemented Franklin’s recommendation. Two chaplains of different denominations were appointed, one to the House and one to the Senate, with a salary of $500 each. This practice continues today, posing no threat to the First Amendment. How could it? The men who authorized the chaplains wrote the Amendment.

In addition, the Constitution they produced links with the Declaration of Independence (see Article 7), and includes the words in it’s closing: “in the year of our Lord one thousand seven hundred and eighty seven”.

To be sure, there are quotes from Franklin outside of this time frame that do not represent doctrinal Christianity. Some of them were due to problems with the Presbyterian points of view under which he had been raised. He vacillated back-and-forth, and at certain points in time he was definitely out of the fold, but during this period he was a professing believer. I have not seen any quotes from within the founding period that indicate anything anti-Christian. What would a judge assessing the preponderance of evidence in a court of law say?

Next up: James Madison. 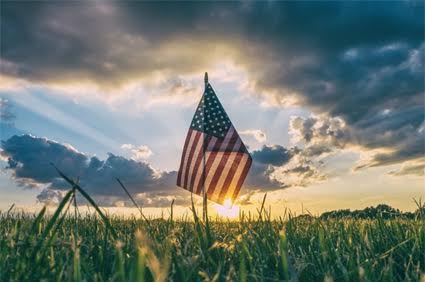