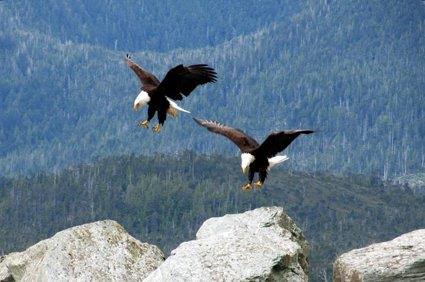 One thing that has always surprised me is how some Calvinists align themselves with atheists to argue against a common foe: Molinism! That is to say, many Calvinists affirm that God exhaustively causally determines all things. This is not some straw man I am inventing. In his recent essay, notable Calvinist, Matthew J. Hart affirms this exact position:

“Calvinists, I shall assume, are theological determinists. They hold that God causes every contingent event, either directly or indirectly.” (248)

In the footnotes Hart points out that some might wish to break ranks and affirm a flavor of Calvinism while denying this exhaustive divine deterministic view that is typically associated with Calvinism. He notes that Paul Helm is the leading Calvinistic philosopher today and that Helm is a theological determinist. I have referred to myself as a “4-point middle knowledge/free will Calvinist” in the past; however the vast majority of Calvinists who I interact with reject my claims of Calvinism (simply because I affirm libertarian free will). So, my contention is this: If Calvinism is necessarily wedded to an exhaustive theological determinism, then I reject Calvinism!

Moreover, the majority of naturalists (those who assert that nature is all that exists) also affirm that all things are causally determined. Naturalists believe that the laws of nature (physics and chemistry, for example) combined with past events (and perhaps other things that are external to human control) causally determine all things. If “all things” really means all things, then this includes human actions, behaviors, beliefs, and thoughts.

The well-known neuroscientist, Robert Sapolsky minces no words in a recent podcast:

“I have zero belief in free will at this point…”

This mutual opposition against freedom has led to an unlikely union between Calvinistic Christians and atheistic naturalists!

Molinists, on the other hand, believe the Bible teaches a compatibilism of sorts. This is not the incoherent kind of compatibilism in which many Calvinists and naturalists adhere (that determinism is true and that free will is compatible with determinism). No, Molinists believe the Bible is clear regarding exactly what two propositions are compatible: (i) God is completely sovereign and predestines all things (as opposed to causally determining all things), AND (ii) humans possess libertarian freedom and genuine responsibility over some actions and thoughts (See Molinism is Biblical).

Not only is this evident on the FreeThinking Ministries website, but this topic has since become the focus of my doctoral research. My original plan was to continue my research against naturalism, but since Calvinists were demanding so much of my time, I decided to temporarily redirect my efforts! To be honest, this distraction has at times been frustrating, however, God is using this for good as there is considerable apologetic significance that comes with demonstrating the libertarian free will of mankind. Namely, it logically destroys the greatest objection against the greatest being (2 Corinthians 10:5) — the problem of evil!

I have been able to deliver this message to many churches as I fulfill the mission of FreeThinking Ministries: “Equipping the Church to Engage the Culture!” Here is an example of a recent sermon I delivered on this subject and why it is vital for Christians to have a proper understanding of these concepts: “Why Evil & Suffering?”

With this backstory in mind, I have now modified the original Freethinking Argument Against Naturalism to kill two birds with one stone (so-to-speak). Consider the following:

1- If naturalistic or divine determinism is true, then libertarian free will (LFW) does not exist.

3- If LFT does not exist, then the process of rationality is illusory.

5- Knowledge can be gained via the process of rationality.

8- Therefore, both naturalistic and divine determinism are false.

Here is the point: If one does not possess any ability to think otherwise (at least some of the time), then one is forced to affirm that a current thought cannot be otherwise — even if it should be! Moreover, if all thoughts cannot be otherwise, then this includes evaluating and judging thoughts one has regarding their own thoughts and beliefs — all of them! Rational deliberation becomes illusory and thus, any so-called “knowledge” one supposedly gains via this illusion of rational deliberation is also illusory.

If exhaustive causal determinism of any flavor is true — if something other than or external to the self is causally determining all thoughts, then as William Lane Craig says,

“a sort of vertigo sets in, for everything that you think, even this very thought itself, is outside your control.”

So much for “freethinking!”

If free thinking does not exist, then one does not possess any epistemic ability to assess or evaluate his or her thoughts. This is the case because something — or someone — else is governing all of one’s thoughts if one is not the original source of their thinking or they do not have the ability to think otherwise. If an agent is not the source and originator of thoughts (and something external to the person is causally determining the person’s thoughts), or if one does not ever possess the ability to think otherwise regarding anything, then one is merely left assuming his or her determined thoughts are good — let alone true! However, with the “vertigo” Craig referred to in mind, one would not even be free to make that assumption (or not) if they cannot think otherwise.

This leads to question-begging assumptions (a logical fallacy) when one affirms his thoughts that cannot be otherwise are true. It is impossible for a determinist to know their thoughts are the best when they simply cannot be other than they are. The so-called agent has no ability to think otherwise — ever — regarding anything!

Yet determinists presuppose that their determined thoughts have rationally inferred the best or true beliefs. How can a determinist rationally affirm his thoughts and beliefs are the best when he has no ability to think otherwise? All that remains for the committed determinist is fallacious reasoning. Any argument based on a logical fallacy is no argument at all.

It has been said that libertarian freedom requires at least two theses:

1- An agent is the source (absolute originator) of his will (or actions).

My colleague Eric Hernandez has argued that the first is both necessary and sufficient for libertarian freedom, while the second (also referred to as the Principal of Alternative Possibilities or “PAP”) is merely sufficient, although not necessary for LFW. Accordingly, even if things cannot be other than they are, one can still possess libertarian freedom if they are the original source of their actions and nothing external to the person causally determines the person’s actions in any way, shape, or form.

This can be correct regarding physical reality, but if all things are determined and “all things” includes mental actions (thinking), then it seems libertarian freedom necessarily includes the principle of alternative possible thoughts (PAP-T). This is explained in a Star Wars analogy in an article entitled, “Semi-Compatibilism & Responsibility.” In a nutshell, if something or someone else is causing and controlling all of your thoughts, or if you are simply not able to ever think otherwise regarding anything, then you are not responsible for your thoughts. In fact, if someone else is determining the manner in which you think, then “your” thoughts are actually someone else’s thoughts! Moreover, even if one’s thoughts were not determined by anything but the thinker, but one’s thoughts simply could never be otherwise, then rational affirmation becomes impossible.

This is a big problem for determinists of any flavor — if they believe in God or not! To my brothers and sisters in Christ, let the atheistic naturalists be the logically incoherent folks. Christians ought to be the most logical people on the planet! Therefore, do not reject the libertarian freedom to think. 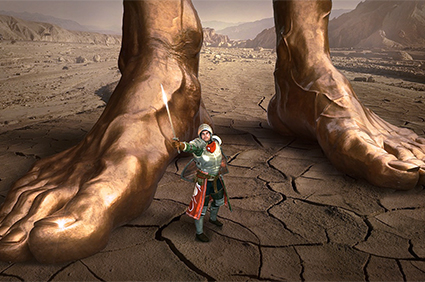