Carrier’s main argument is that Mark used Paul and that Matthew and Luke used Mark.  Specifically, Mark transvalued what Paul had written into his own stories.  This is problematic for Carrier, because he believes “Paul clearly taught that all his information came from visions, not conveyors of a tradition (‘tradents’).”[2]  Or stated another way, Paul’s teachings about Jesus came from “Paul’s own thoughts.”[3]  Thus, we have Paul creating myth, Mark transvaluing the myth, and the other three Gospels redacted the Markan myth.

Mark’s Use of Paul:

For I received from the Lord what I also handed over to you, that the Lord Jesus, during the night he was handed over, took bread, and having given thanks, he broke it and said, “This is my body, which is for you; do this in the remembrance of me.” Likewise also the cup after supper, saying, “This cup is the new covenant in my blood; do this, as often as you might drink it in remembrance of me.” For as often as you might eat this bread and drink the cup, you proclaim the Lord’s death until he comes. -1 Corinthians 11:23-26.
While they were eating, having taken bread, and having blessed it, he broke it, and gave it to them, saying, “Take; this is my body.” Then, having taken a cup, and having given thanks, he gave it to them, and they all drank from it. And he said to them, “This is my blood of the covenant, which is poured out for many. Truly I tell you, that never again shall I drink from the fruit of the vine, until that day when I drink it anew in the kingdom of God.” And having sung a hymn, they went out to the Mount of Olives.
-Mark 14:22-26

The bolded words indicate Mark’s transformed text (e.g., Mark adds people) of the Last Supper.  So, “in Paul, the whole scene is an instruction to future followers, not a description of a meal Jesus once had.”[5]  Whereas in Mark, “he reifies a revelation in Paul, relating Jesus’s celestial instructions for performing a sacrament and its meaning, into a narrative historical event.”[6]

I have spent the last several months sampling scholar’s opinions on the Gospel of Mark.  One of the topics I sampled was Mark’s relation with Peter, or specifically, what scholars believed was Mark’s source(s).  Interestingly, there is a large majority of scholars who hold that Mark, in some fashion, received his information from Peter.[7]  It is, thus, rather interesting that in this analysis, Carrier, makes little mention of Peter.  Essentially, Carrier just writes Peter off.  Peter, as a source, could explain how Mark knew of the specifics of the Last Supper, given Peter was an eyewitness and student (disciple) of Jesus.  Additionally, the patristic data affirming Peter as a source would be accounted for in this hypothesis.

Moreover, given the differing context of Mark 14 and 1 Corinthians 11, one ought to expect the narratives to be different.  In the context of Mark 14, explaining the details of the Last Supper (e.g., Judas preparing for betrayal, Jesus’ warning of betrayal, then the betrayal) would make far more sense in that narrative than a mere copy of Pauline tradition.  Whereas the context of Paul’s teaching of the Last Supper deals with a corrective for the Corinthian Christians who were observing the Last Supper as a typical meal—more specifically, they were incorrectly observing the Last Supper (1 Cor 11:17-22).  1 Corinthians is the second letter sent by Paul to the Christians in Corinth, and this letter is a response to some “brothers and sisters” of Chloe’s who have reported problems in the church (1 Cor 1:11).  Carrier is incorrect when he states that Paul’s “audience is future Christians.”[8]  In fact, he is mistaken on the entire issue.

Lastly, Paul’s silence on the specifics of the Last Supper, and Mark’s additional information of the Last Supper could be evidence of, or explained by, a use of a literary device.  I would recommend readers to study Michael Licona’s book, Why Are There Differences in the Gospels?: What We Can Learn from Ancient Biography.  Licona demonstrates that when Graeco-Roman writers, such as Plutarch, wrote differing accounts of a situation, the differences were explainable by the usage of literary devices.  Licona then demonstrates that a good sample of the differences in the Gospels could be explained by literary devices.  Perhaps, Mark is utilizing a literary device when/if he used Paul.

Is Paul an Unreliable Source?:

It could be true that Paul never witnessed Jesus preaching before his crucifixion and that he is making myth.  Just like it could be true that Paul did receive his information from the risen Lord—whether through prayer, dream, vision, or divine inspiration/revelation affirmed by others.  Scholars ought to approach Paul with all seriousness.  Originally, he studied under Gamaliel, but eventually became imprisoned several times, beaten on several occasions to include being lashed a few times and stoned.  Also, he was shipwrecked three times, lived in grave danger constantly, and at times was tired, hungry, and cold.[9]  Furthermore, tradition holds Paul was martyred for his beliefs.  Paul knew what the cost of following Christ was, and he willingly became a Christian martyr.  It seems unlikely that Paul would suffer and die for a known lie.

Additionally, it is imprudent to suggest “Paul clearly taught that all his information came from visions, not conveyors of a tradition (‘tradents’).”[10]  The biblical data demonstrates that Paul did have access to eyewitness testimony of Jesus.  The post-resurrection appearances in 1 Corinthians 15:3-8, which is from the same epistle mentioned by Carrier, is heavily evidenced as having early origin from the Jerusalem Apostles, who were eyewitnesses.  The formula has “widespread agreement [by scholars] that it was composed very early”,[11] and “most scholars” agree that this formula is an oral tradition,[12] which means the tradition was being preached before 1 Corinthians was written in A.D. 54-55, or within twenty-five years of Jesus’ death.[13]

Reasons for believing 1 Cor 15:3-8 came from apostles in Jerusalem

Carrier notes, Paul claims that “they added nothing to my message” (Gal 2:6), and “indeed Paul says, for several years he did ‘not consult any human being’ about what he preached” (Gal 1:16).[26]  In regards to the first passage, the context of Gal 2:6 is about Paul’s defense of salvation through grace and not the law (e.g., circumcision).  The leaders in Jerusalem (not the Judaizers) agreed with him.  So, this verse is not about Paul not making use of human sources.  Rather, Paul’s teaching is being accepted!  In regards to the second passage, I think there has been a demonstration (see above) that Paul did consult church leaders and even received tradition from the various apostles.  Perhaps, it is true that no one ever added anything to his testimony.  That, however, could just mean that Paul was to be trusted and his testimony was sufficient.  So, Paul did talk to leaders of the churches.  Most importantly he talked and probably received, at least one oral tradition, from the Jerusalem Apostles.  So, when Paul speaks of not consulting others or nothing being added to his teachings, he is most likely speaking about that specific situation.  Even if the origin of Paul’s teaching was visions and revelations, no one disputed him.  In fact, he still managed to preach the same thing as the apostles!

The main problem with Carrier’s argument, I think, is that it is fallacious.  Carrier seems to be guilty of the genetic fallacy.  Carrier is claiming that because Paul did not receive his information from people, that the testimony of Paul is, therefore, myth.  Carrier needs to deal with Paul’s teachings and show that the teachings of Jesus are false, before he can claim they are myth.  Carrier has failed to deal with Paul’s (or any of the New Testament writers’) teachings/claims on their own merit.

[7] At this moment, I am not going to mention the exact statistic.  This is because I want the numbers to be published in an academic article or book, first. 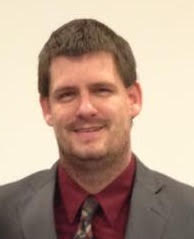 https://ratiochristi.org/people/joshua-pelletier Ratio Christi is a global movement that equips university students and faculty to give historical, philosophical, and scientific reasons for following Jesus Christ.